During the Munich Summer Olympic Games in 1972 BMW revealed a rather interesting vehicle dubbed the 1602e. It was the first time that the Munich based car manufacturer experimented with alternative propulsion systems and the letter e in the name of the new car clearly showed what was that all about! BMW created an electric vehicle with a Bosch electric motor and more than 700 lbs of batteries. Now, BMW showcases the car in the newest video they’ve released on their YouTube channel and the video quite nicely depicts what the 1602e was up to.

Only two cars were ever produced, but the really interesting part of the whole story was that the 1602 used regular batteries, which were used to power the electric system in the car altogether. Of course, after adding 12 of them under the bonnet, there was enough power to propel the small electric motor. The result is the first alternatively driven BMW and it was the first zero emission car that could easily cover 40 miles in one go.
Apart from starting its quest which eventually led to the BMW i3 and the BMW i8, BMW shows just how innovative their car was. The battery pack inside could be changed in a few minutes and the batteries could be recharged easily. That shows how practical this car could become. Looking at it from the perspective of today, it is easy to figure out that BMW tried to make something that Tesla Motors look for today. We know that the Tesla Model S (which is a powerful car) batteries can be changed and in that manner the car can have a “refill time” of a petrol powered car.
All in all, this small film about the BMW 1602e drives us back to the time when electric cars were years away. Now they are in showrooms and they are in many cases based upon the same principles that the car you see here was once based upon.

During the Munich Summer Olympic Games in 1972 BMW revealed a rather interesting vehicle dubbed the 1602e. It was the first time that the Munich... 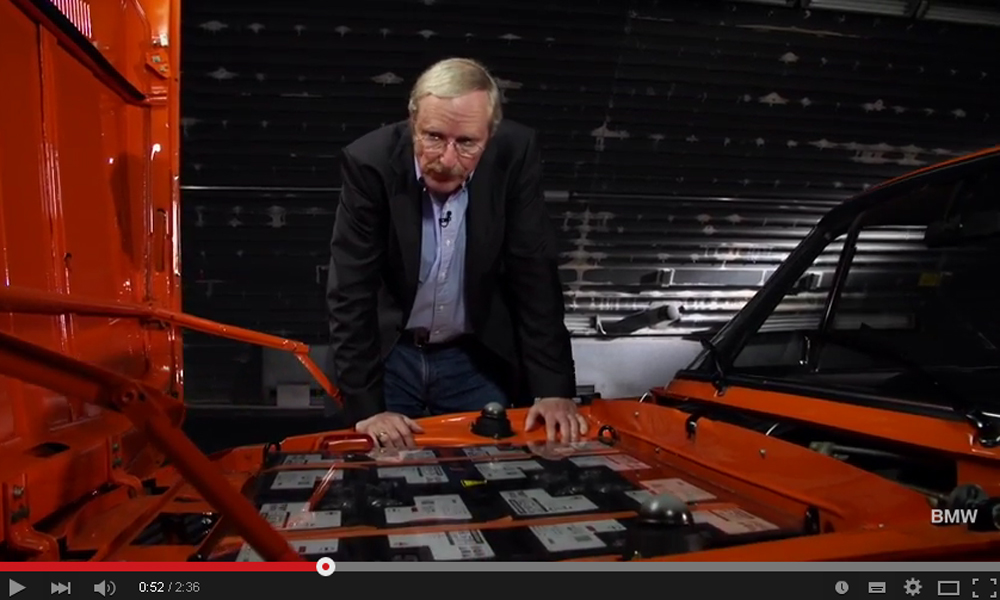