Anderson Germany tuned one of the most powerful exotic cars in the market…the Bentley GT Supersports.  It is still one drooling creation from this tuning company taking a step further in the design and performance category.

We all know that Bentley always make super fast cars having pure muscle under the hood but Anderson Germany thought it isn’t enough. They first gave this car a silky devilish gray finish with body kits adds more magnificence to this Bentley.

The aerodynamic kit includes a new rear diffuser, spoiler, side skirts and a sleek styled front and rear aprons.  The carbon fiber body kit is only limited to 300 units and this will also fit with the GT, GT Speed and GT Cabriolet models.

The cabin is also garnished with carbon fiber garnish mouldings that is fitted all around its dash up to the center console. Black Alcantara leather is also used for its finishing touches adding more luxury to this already expensive car.

The W12 twin turbo engine can spit 630 PS but this is boosted up to 695 PS thanks to the ECU remapping, sports air filter and a regulated sport exhaust system.  Anderson Germany really knows how to take such a powerful car further to its limit. 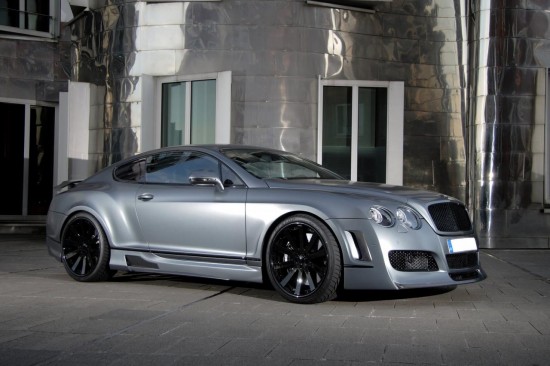 Anderson Germany tuned one of the most powerful exotic cars in the market…the Bentley GT Supersports.  It is still one drooling creation from this...