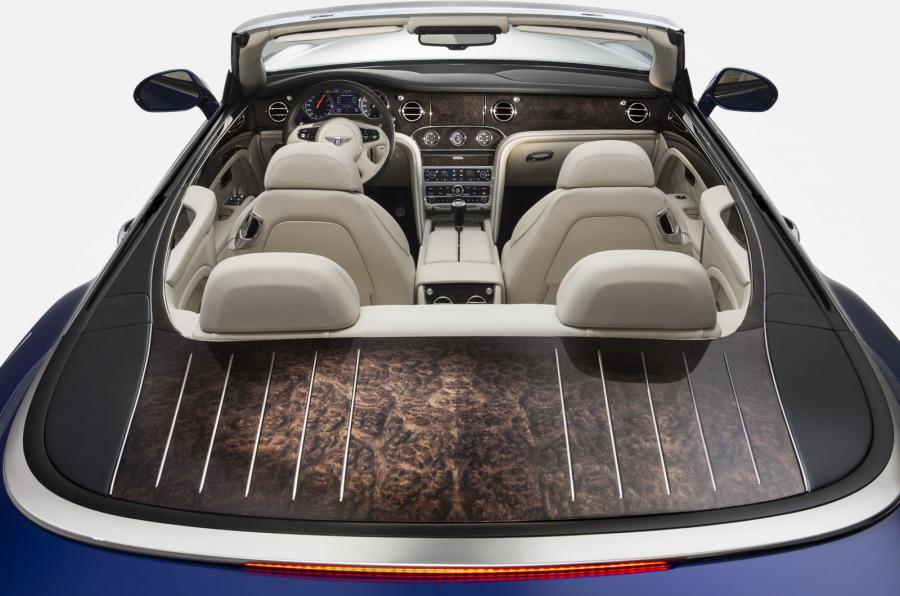 It is easy to work with rich people. You build something special for them, call them to see it and then say they are the only ones allowed to buy it. Ferrari makes special lists of buyers which are allowed to buy their bespoke product. The same has been done in Lamborghini, Rolls Royce, and Bentley. The newest vehicle which will be perhaps available only to the chosen ones is the new Bentley Grand Convertible which was shown in concept form just yesterday. The vehicle is based on a Mulsanne executive saloon, but it was heavily redesigned. With two doors, great fabric roof, the biggest wood panel ever installed on a Bentley and a special color, this Bently might be the most luxurious aristocratic convertible ever produced.

Bentley has enough money to develop bespoke products like this and its CEO, Wolfgang Durheimer said – “We are eagerly awaiting the response of our customers to this car. We will ensure that this car – if it reaches the roads – will be a highly exclusive, extremely limited collector’s piece.”

So, they might produce it. With such incredible luxury amenities inside and the craftsmanship of the workers involved which would suffice NASA, the Bentley Grand Convertible shines as one of the best cars ever produced. Is it enough to call it a vehicle for aristocracy!? No it is not, because this vehicle will come to the hands of those who will maintain it and care about it big time. This one goes for the wealthy collectors.

This Convertible is powered by a 6,75 liter petrol engine producing 530 HP. It is not the fastest convertible in the world, but it really does not need to be one. As Mr. Durheimer said this Bentley will have “effortless performance to match its unparalleled style.”

It is easy to work with rich people. You build something special for them, call them to see it and then say they are the only ones allowed to buy it....