Building a special body kit for an Audi TT, ABT engineers succeeded to make impressive and rather nice looking custom Audi TT which will be unveiled at the Essen Motor Show later this year. Redesigning front and rear bumpers and making the whole car a bit more focused and aggressive, famous German tuner exploited every sexy curve and crease on the 2015 Audi TT. The end result is a spectacular vehicle wearing sharp and precisely molded parts which enhance aerodynamic efficiency and provide even more downforce in certain cases.

Even though the ABT released the pictures of a car wearing orange painted parts, it is known that ABT can color their parts in any color you wish. We wouldn’t go for this extravaganza prepared for the Essen Motor show. Besides, the wheels are upgraded by installing new set of 20 inch DR wheels wrapped in tires provided by Continental.

Focusing on entry level Audi TT, ABT had the opportunity to improve the engine simply by fiddling with the cars ECU, cooling system, exhaust and turbocharger. It is known that the stock TT have an engine good for 230 HP, but with the new tuning kit provided by the ABT, stock Audi TT engine can be improved to such extent that it produce 310 HP and 370 Nm of torque. That is a rather impressive number for a two liter engine.

Even though ABT did not provide us with any performance details, we know that the two liter engine will propel the car to 62 mph in less than 6 seconds. More importantly, the fuel consumption did not suffer much after the engine tuning. For now, we are not acquainted with the prices of the tuning procedure but we expect it to be rather pricey.

Building a special body kit for an Audi TT, ABT engineers succeeded to make impressive and rather nice looking custom Audi TT which will be unveiled... 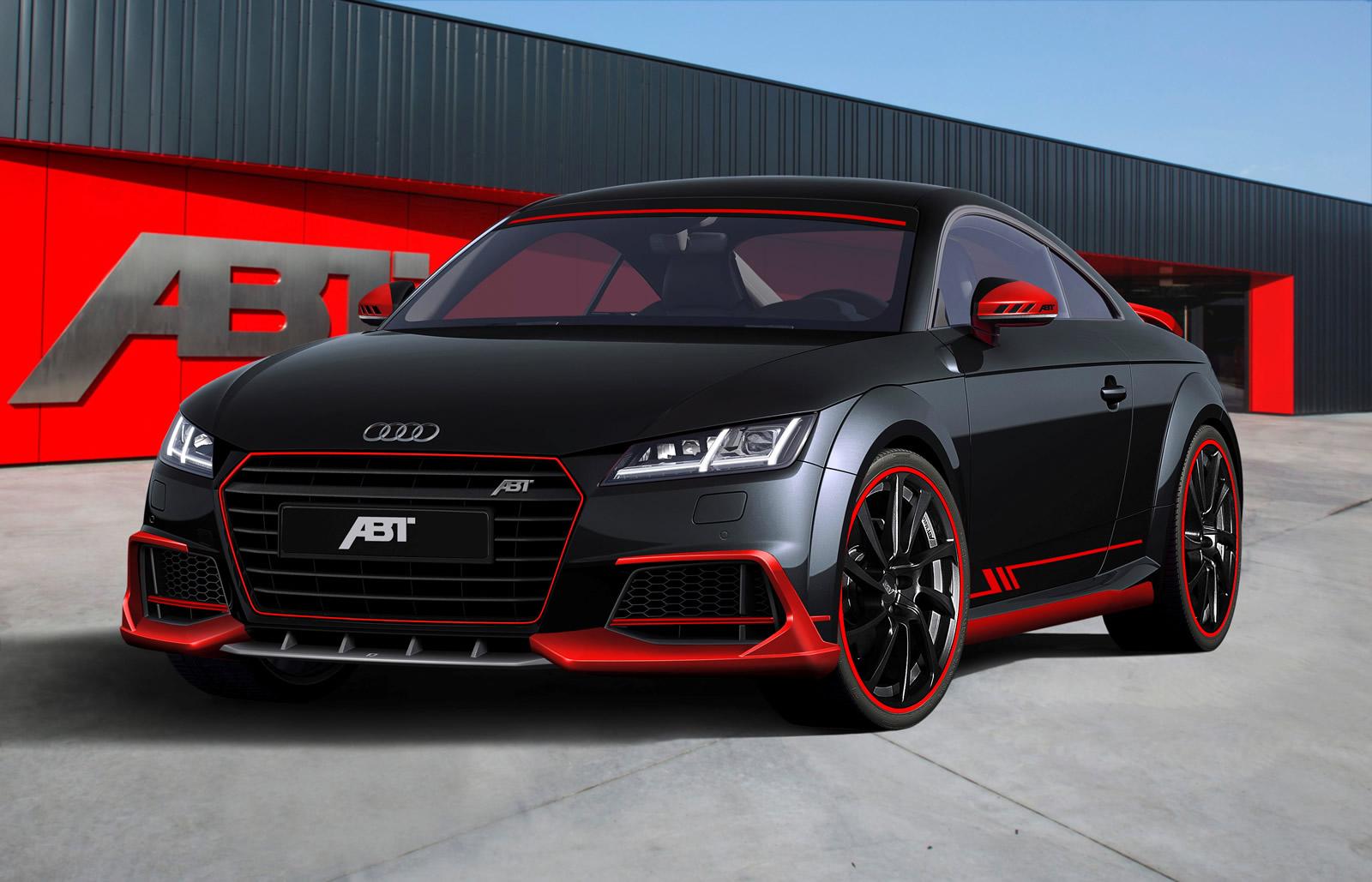