Audi revealed the fastest and the most amazing RS6 Avant and RS7 Sportback supercars ever. With the Performance addition on their name, it is as if they were saying that the RS6 and the RS7 have become something more than they were in the past. And they did become something of a holy grail for people who don’t fancy classic sports cars. These machines dispose of with the power of 605hp which is just 5 hp shy of that power monstrosity in the Lamborghini Huracan or the new Audi R8. In charge for getting all this power to the ground is the awesome Quattro all-wheel drive system recalibrated for use on the Performance vehicles.

Although we cannot see all that was done to it in this nice video Audi released, we know for a fact that the steering, the camber and many other bits and bobs from under the body have been changed and replaced with ever so slightly more ferocious parts. The insanity of the Audi RS6 Avant and the RS7 Sportback Performance is shown by the sheer numbers. These enormous vehicles are able to twist your arm in a 0-60 run which takes in about 3m5 seconds. The 124 mph sprint is finished in just over 12 seconds while the top speed limiter can be removed. In that case, the four liter V8 with two turbochargers can propel the monsters even further than 186 mph (300 km/h). Now, that is something not a lot of four-door saloons or wagons can do.
Look at the video, enjoy the exemplary scenery and love the sound developed by the V8 engine. Audi did the job right with these two although some say, the next generation of these cars will probably not come in the form we are accustomed to.

Audi revealed the fastest and the most amazing RS6 Avant and RS7 Sportback supercars ever. With the Performance addition on their name, it is as if... 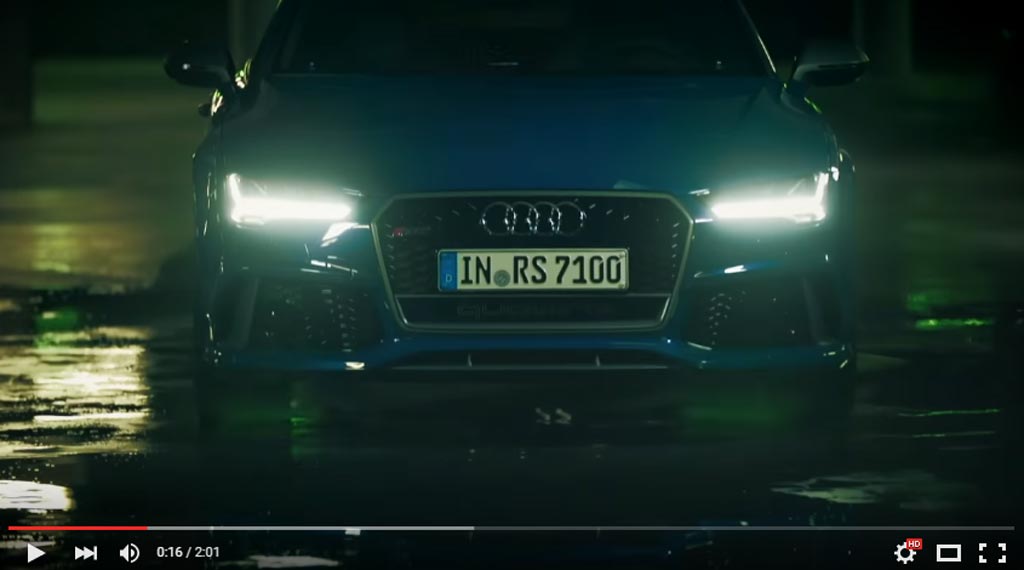