The Audi Quattro Concept received positive feedbacks from car critics when this massive car was unveiled. A lot of car enthusiasts were expecting to have this car come to production especially this comes with staggering power and drooling looks. Our dreams may now come true as the Quattro Concept is now at the brink of assembly!

Sources revealed that the Audi’s engineering department has already made a prototype for executive testing. It is also said that this new creation will be evaluated by the Board of Management before they give the green light for production. Despite all the formality, reliable sources have been hearing that approval is without a doubt a done deal.

This concept car is much lighter and shorter than the RS5 and this is fitted with a five cylinder turbocharged 2.5 liter engine. The powerplant is mated to a six speed manual transmission and the combination can produce a whopping 402 bhp with 354 lb ft of torque. This can blast from 0-100 km\h in a blistering 3.9 seconds. Total weight of this beast is at 1,300 kg or 2,866 lbs and astounding power to weight ratio achieved, this will surely and aggressive monster on the tracks. Production is slated to be at 2013. 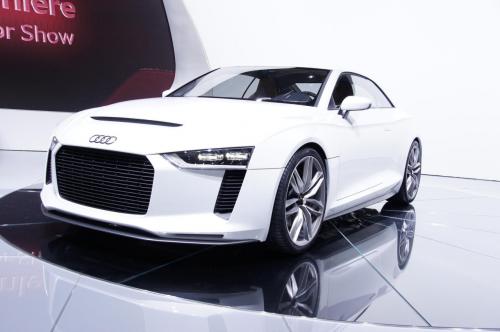 The Audi Quattro Concept received positive feedbacks from car critics when this massive car was unveiled. A lot of car enthusiasts were expecting to...