Audi jumped into the bandwagon of hybrids to take part on their eco awareness in the auto industry.  One thing that you would commonly get from a hybrid is outstanding fuel consumption and above average rate of CO2 emission.  These are the common things that a hybrid car can offer and most of the time muscle or power is already taken out of the picture.  The “thrill factor” is already lost but Audi has an answer for this in 2012 and they call it as the Audi Q5 Hybrid Quattro.

This SUV is powered by a gasoline engine assisted by an electric motor but this can actually deliver the staggering power of a V6 engine but with the minute fuel consumption of a 4 cylinder TDI engine.  The 2.0 TFSI petrol engine is just placed right in front of its electric motor using a straight line system to improve its efficiency in power output.

The total combined power that this hybrid can unleash is a massive 245 bhp with 354 lb ft of torque.  This can run from o-100 km/h in just 7.1 seconds, this is already an impressive number considering it size and weight.  Fuel consumption is only rated to less than 7 liters per 100 km!

Audi is trying to turn the world upside down and giving us the best of both worlds and this can now be the trend for future hybrid cars. 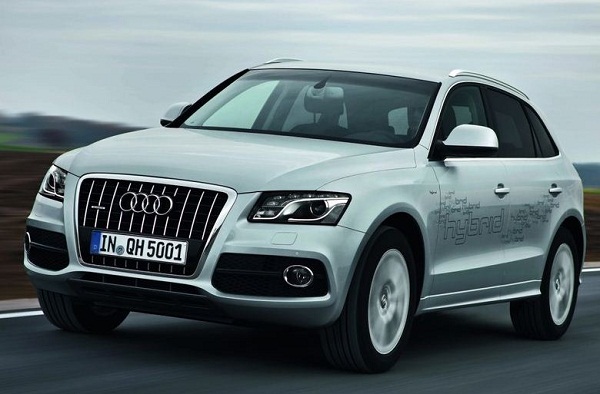 Audi jumped into the bandwagon of hybrids to take part on their eco awareness in the auto industry.  One thing that you would commonly get from a...