This is possibly the best looking car revealed during this years LA Auto Show. It is called the Audi Prologue Concept and while it shares a similar name like some Peugeot concept cars, this vision of the future brings much more novelties to the market than other shown in the past year or so. The looks of it are quite different in comparison to that what we are accustomed to. The large front opening acting as a grill on this concept is the biggest air intake we have seen since Aston released the DB9. We are somehow sure that the Audi Prologue stole the front look from the Ford limousine Fusion (called the Mondeo in the Europe) which was introduced some time ago. Despite the familiarities with modern vehicles carrying large front air intakes, the Prologue Concept literally shows how Audi cars will look like in the future. Actually, the first Audi carrying similar stylistic features will be a new Audi A4 which will come to the market in the early 2015.

The Audi A9 is not just a design playground. This car will possibly reach production lines and the interest group of buyers are the drivers and buyers of the Mercedes S-class Coupe. This may well be the new Audi A9 – the biggest, fastest, most impressive and most amazing Audi Coupe of all times. As BMW is absent from the very special segment of large coupes, Audi has a wonderful opportunity to make the most of it and create something like a halo car which will lead the buyers into the showrooms where they might pick up something more relaxed and more rational than this.

The Prologue concept is not a rational car. Its interior has been made following modern stylistic touches thus becoming much simpler and more appealing in comparison with those old Audi interiors which were absolutely cramped with all sorts of buttons. Now, even the passenger has a touch display from which he/she can operate the climate control, radio and many other functions. The most important thing however, is the four liter V8 turbocharged engine developing mighty 605 HP. Thanks to eight speed automatic and quattro all wheel drive, the Prologue can accelerate to 62 mph in less than 4 sec. Bear in mind that this is a large coupe; its speed of acceleration is quite a feat.

This is possibly the best looking car revealed during this years LA Auto Show. It is called the Audi Prologue Concept and while it shares a similar... 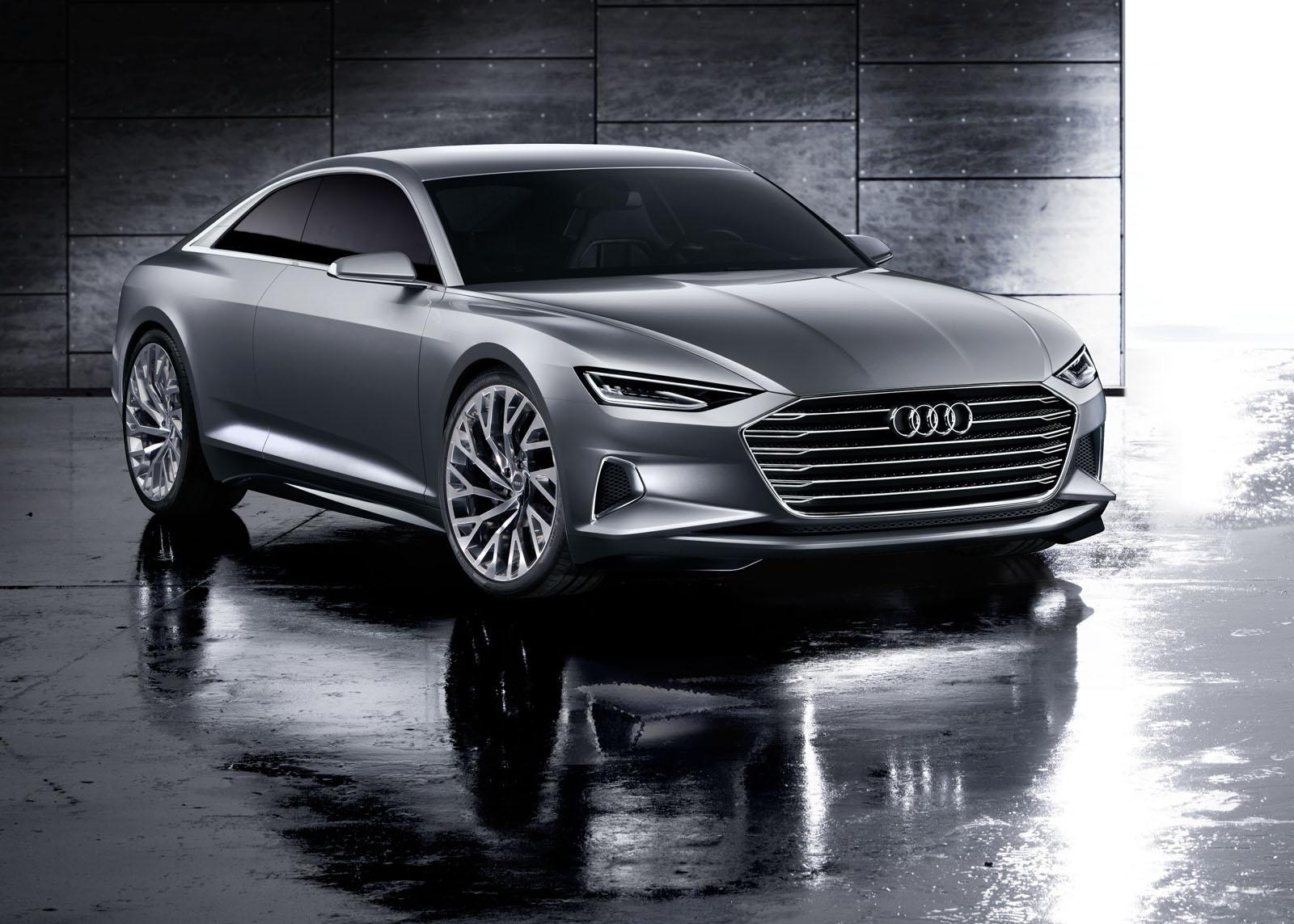