The Audi RS7 piloted driving concept pushes the frontier every once in awhile. The latest news concerning this awesome machine link it to the record-breaking run it made at the Parcmotor race track outside of Barcelona, Spain. Driving without a driver behind the wheel, this RS7 powered by a V8 twin turbocharged engine developing 553hp succeeded in finishing the lap in 2:07.67 minutes. This feat was made by the second iteration of the car called Robby. We remember that Audi actually called their first iteration of the piloted driving concept Bobby, and now Robby definitely outdid Bobby.

Some tricky science was involved in creating a car which can drive itself and make a record-breaking run on a race track without a driver behind the wheel. To make all this happen, Audi equipped the RS7 with a 3D camera, super accurate GPS sensors, a bunch of radars and other sensors which feed the central computer with enough information so it can “see, understand and react” in accordance with the environment.
This is not the only autonomous car. Every major car producer is working on one, although this one already proved its worthiness by driving all over California completely unassisted and transporting a few passenger and a full boot of gear. The gear is actually the main problem here. Engineers had a hard time figuring out how to make a compact system. Robby did receive a hugely improved 400 lbs lighter system in comparison with the one used in Bobby, but it still needs a lot of space to operate probably. We will wait for Audi to reveal a proper autonomous car.

Audi Broke A Track Record In An Autonomous Car

Audi Broke A Track Record In An Autonomous Car

The Audi RS7 piloted driving concept pushes the frontier every once in awhile. The latest news concerning this awesome machine link it to the... 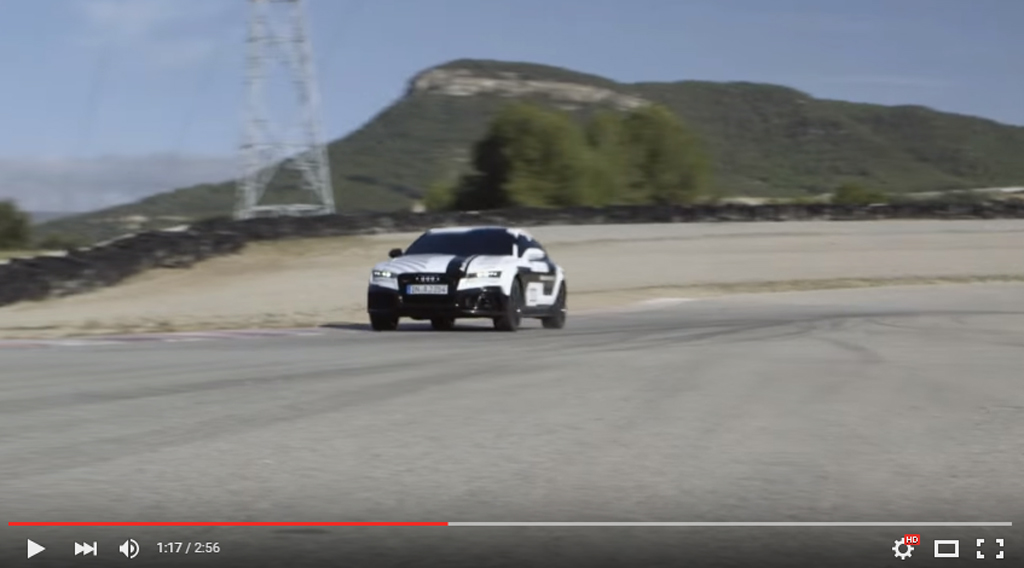