This is another hatch made into pure madness and beauty. This is the Audi A1 1.4 TSI which was tuned by HS Motorsport with the help of Autohaus Kempen.  This is one mean looking machine from Audi which was given silver body paint with a black racing stripe and a few body kits to give that cool speedster look.  A front and rear bumper was added together with a rear diffuser was also installed in the A1.

The cabin received sleek styled CS Recaro lightweight bucket seats and a navigation system and audio set up from Alpine is also an option with this hatch.   The Audi A1 also received a sport suspension system from H7R that lowers it down to 55mm on the front and 60mm at the rear.

This stands on an 18 inch wheel which will be given in two options, the ASA GT1 which features a black matte finish highlighted by a silver ring or the ASA GT2 which is in anthracite shine finish or in plain black.

A tweaked ECU system and a Fox Sport exhaust scheme were installed on the A1 to let it breathe 147 bhp with 250 Nm of torque.  This is not a bad deal considering what staggering looks the A1 has to offer. 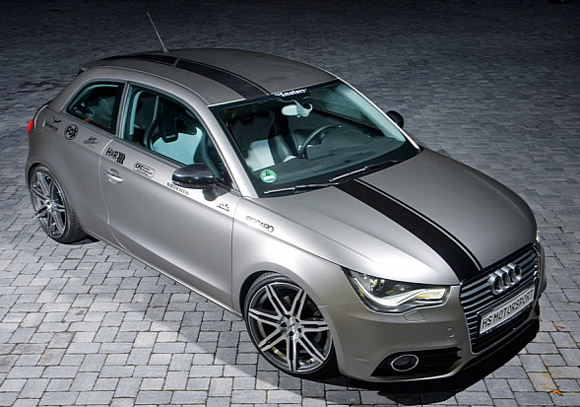 Audi A1 by HS Motorsport

Audi A1 by HS Motorsport

This is another hatch made into pure madness and beauty. This is the Audi A1 1.4 TSI which was tuned by HS Motorsport with the help of Autohaus...