Since they’ve decided to go all out on the market and transform from the producers of the usual cars to producers of the performance oriented vehicles, Dodge is doing all in their power to show the buyers that they are fun. And, we think they are. In this video published only a few days ago, Dodge tries to demonstrate the sheer lunacy of its fastest and most powerful cars. The Challenger SRT Hellcat, the Charger SRT Hellcat and the Viper are on the move at the night. Looking like untamed beasts, Dodge actually regards them as the monsters of the night and they are just that. The Charger and the Challenger with their insanely powerful and almost incredible 6.2 liter supercharged motors are right match even for some of the world’s most amazing egzotics. They aren’t as fast as the supercars of today, but with 707 HP and real American muscle they are able to trash anything ever created in the proud country of USA.

Their spiritual predecessors were awesome cars too, but their modern father that actually enabled them to exist is the Dodge Viper. Built on modern architecture, the newest Dodge Viper carries conventional naturally aspirated weapon under the bonnet. The V10 with 8,3 liters of displacement develops 640 HP and while that isn’t as much as in the musclecars Dodge build, it is enough to make the Viper bite other sports cars rather hard.
In this extended cut video, the Dodges definitely have enough anger to be the predators. Only thing we don’t really get is Phil Collins in the back. Hard-rock would do better here. 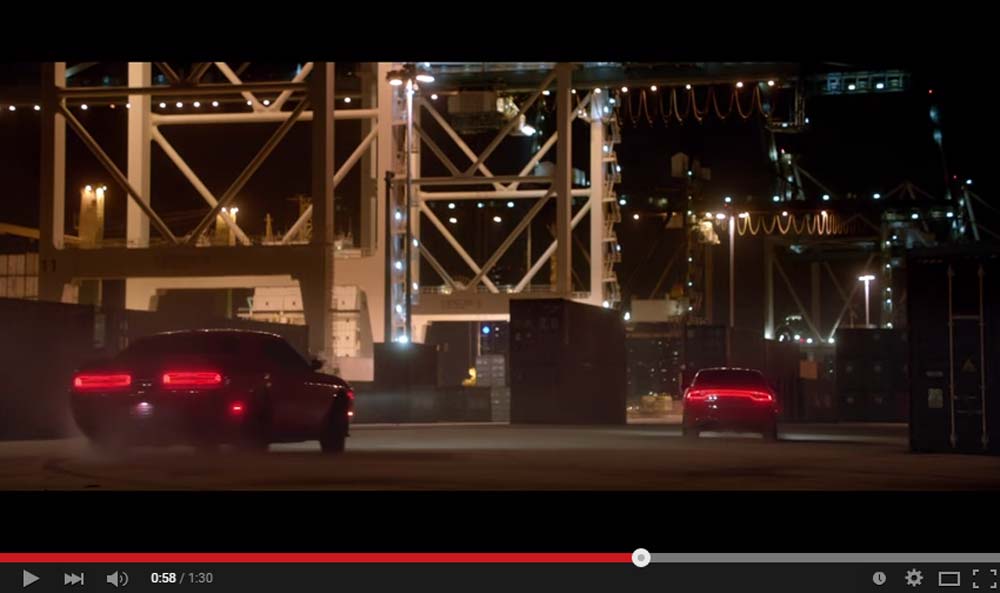