Sixty years passed since Aston Martin moved in the Newport-Pagnell Works facility and now they will celebrate that jubilee by unveiling six bespoke vehicles one of which has already been shown. It is called the Aston Martin Works 60th Anniversary Vanquish and it is as close to pornography as you can imagine. This is a white car with special yellow accents which highlight the prestige and the exclusivity of this piece of art. We recon that only colectionars will get an opportunity to purchase and enjoy in this amazing vehicle.

The Cabin is also upholstered with newly styled leather and details colored in the same Anniversary yellow color you can see on the outer shell.

Even though Aston Martin made this Vanquish only slightly different than before, spiritually, this car is much more important.

The engine in it develops mighty 568 HP, which is enough to propel the car to 60 mph in 3.6 seconds on its way to a top speed of 200 mph. We do not know what is the price of this special edition model and it is safe to assume that only a few, chosen by Aston Martin Officials will know it. Aston Martin will produce and release only six Anniversary edition vehicles and every one of them will be based on the wonderful Vanquish. 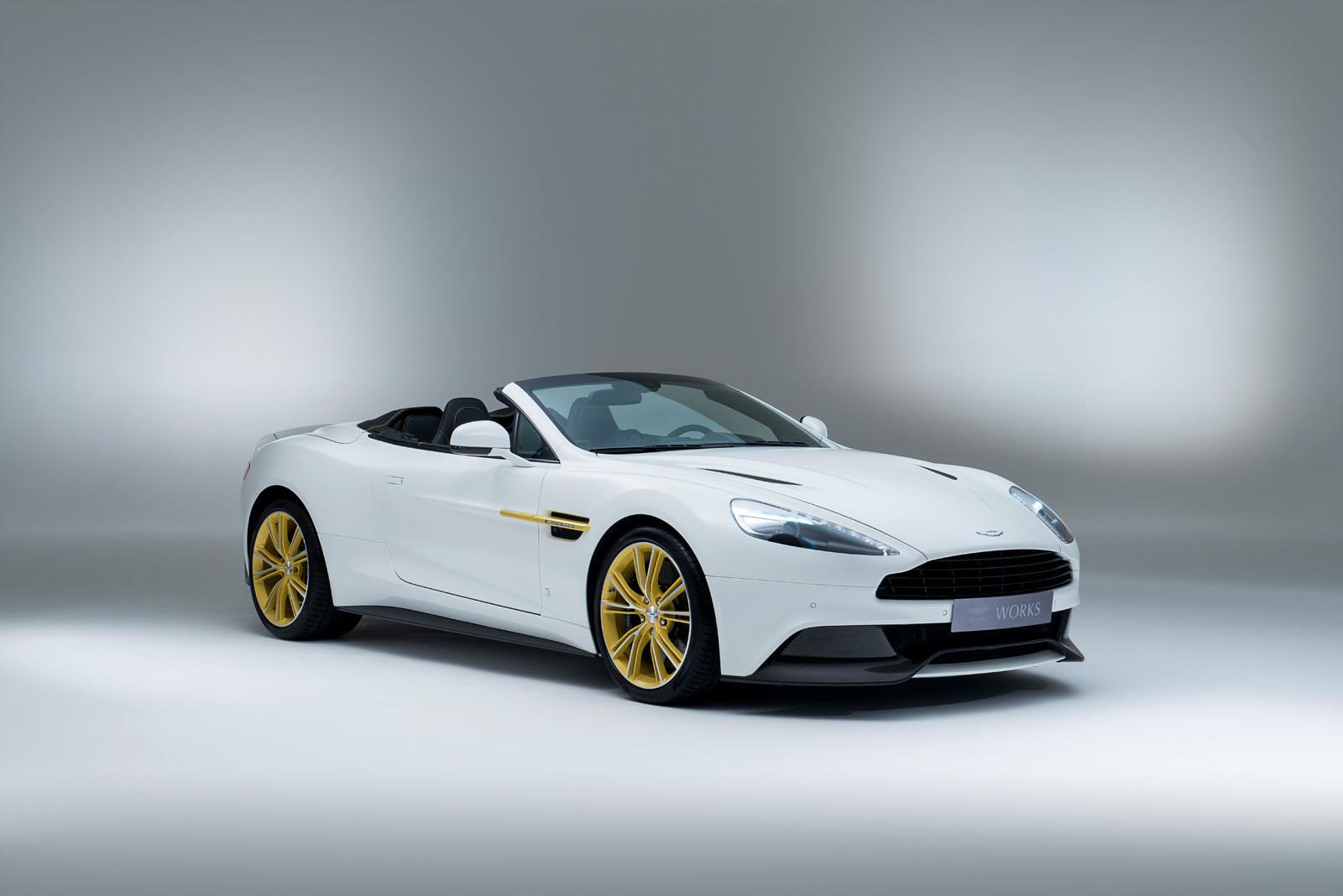