The Ariel Atom is the ultimate drivers car. It is light, it has a two liter turbocharged engine and a rear wheel drive. The engineering behind it is absolutely gorgeous and everyone who ever drove the thing experienced the ultimate thrill. This time, however, Ariel did not reveal a new version of this Atom. The fastest one has been shown a few years ago and it featured a massive V8 engine. This time, we have the opportunity to see astonishing rendering the Ariel Nomad. This is an off road vehicle which is based on the same chassis as the Atom.

The name Nomad has been sourced from the Arab culture and this car is probably going to be driven in deserts in Arabia, because the Arabs are the only ones that can afford it and drive it like this car is supposed to be driven. The lightweight chassis remained the main centerpiece of this Ariel. Its a tough car, but with new suspension setup, new dampers with longer travel and whole new underbody protection, the Nomad really stands apart from its road loving brother. The engine is a bit different. The 2.4-liter four cylinder developing 200 HP is more than enough for a car weighing only 700 kilograms. We recon that this vehicle can do 60 on tarmack in less than 5 seconds while the engine will provide exceptional performance even on the desert sand.

Do not expect a four wheel drive. The Nomad is a sporty thoroughbred and the rear wheel drive is the only thing it know. With a six speed Honda manual transmission and mechanical limited slip differential, it is safe to predict that this vehicle will have something to show on every major off road competition. Besides the limited slip diff, the Nomad can be equipped with the newage driving systems such as hill descent control, a system that makes the most out of the rear wheel drive system.

What’s more, this Atom has a closed cockpit and a modern hi-fi system. Fortunately, all of that can be removed before purchase.

The Ariel Atom is the ultimate drivers car. It is light, it has a two liter turbocharged engine and a rear wheel drive. The engineering behind it... 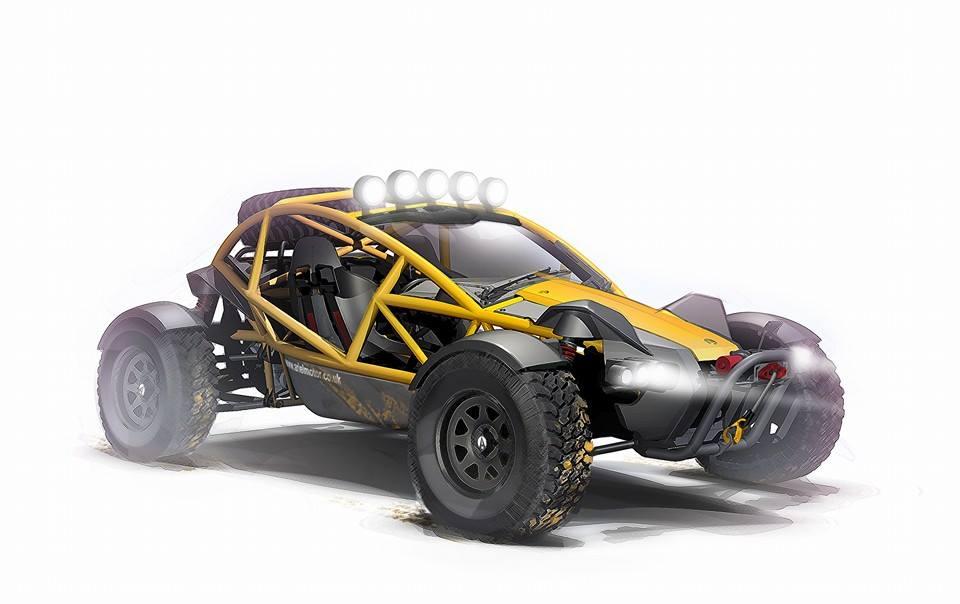