Revealed at the 2014 Geneva Motor Show, the Koenigsegg One:1 represented the technological leap we have been waiting for since the introduction of the Bugatti Veyron back in 2005. Although Koenigsegg is a small company from Sweden, the cars they are producing are at the forefront of the automotive industry and the man behind the company, Christian von Koenigsegg, certainly knows how to think out of the box and he knows his way around cars. The name One:1 was devised mainly because the car’s power to weight ration is 1:1. Basically, it has an engine developing 1.361 HP and it has a weight of 1.361 kilograms.

Up until this moment we really did not know just what kind of performance can this monster machine deliver. However, just a week ago one of six units that will ever be produced was on the Suzuka Circuit in Japan and the man behind the wheel was Koenigsegg official test driver Robert Serwanski.
While showing the capabilities of the car to a selected few (basically, to potential buyers), Serwanski pushed the car rather hard and at one point it set an unofficial lap record even though that was not their primary intention. In this video you can see Serwanski driving One:1 at first for an warm up lap and then hitting the power lap. True, the car on the track was equipped with the roll cage, which means it had a bit more weight than its name would suggest but then again, the lap time it set is truly remarkable. Considering that the car was not prepped to take on the lap time (it needed aerodynamic adjustments, tyre pressure adjustments, suspension adjustments and it did not need that passenger), this feat is that much more astonishing. We cannot even think what it would be done if Koenigsegg gave it a full on treatment.

An Astonishing Koenigsegg One:1 Makes A Lap Record At The Suzuka Circuit In Japan

An Astonishing Koenigsegg One:1 Makes A Lap Record At The Suzuka Circuit In Japan

Revealed at the 2014 Geneva Motor Show, the Koenigsegg One:1 represented the technological leap we have been waiting for since the introduction of... 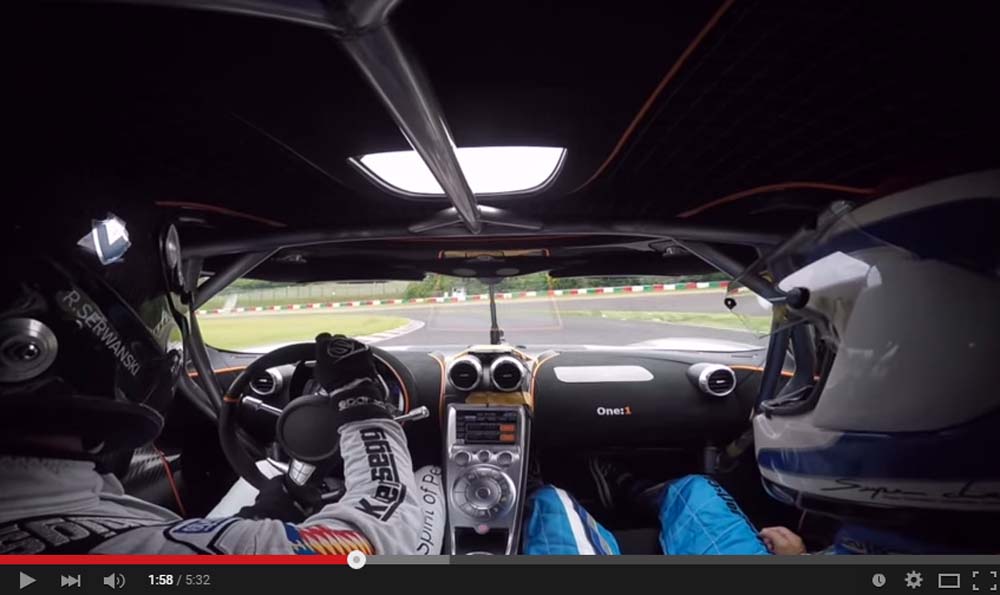