We have shown you before what kind of a monster the new Tesla Model S P85D really is. It smashed the quarter of a mile record to pieces and became the fastest series produced car to finish quarter of a mile in less than 11.7 seconds. Now, we bring you a somewhat different look to it. We will not show you the car, or even the tech behind it. Take a look at the reactions of people who experienced the amazing acceleration provided by the electric engines.

No matter who’s inside, you always get the same reaction. Everyone is amazed by the extraordinary acceleration which is possible due to instant maximal torque provided by two engines on board. D in P85D means Dual and that goes for the two engines which are installed (one in  the front and one in the back). That means that the Tesla Model S P85D is a four wheel drive car and it is, by far, the fastest accelerating sedan in the world. Its 0-60 mph time equals that of a McLaren F1 (3,2 seconds), which was for quite some time the fastest vehicle on earth. More impressive is that you can order this Tesla with seven seats. Yes, you’ve read that right. This monster of a car that is powered by two engines producing combined 691 HP can sit seven. We wonder what would it feel like to those sitting on the third row of seats which face backward.

All in all, this video proves that the Tesla Model S is more of a car than you thought of. Similar reactions can be found if look the reaction of passengers in the Nissan GT-R. Well, you have to pay for that speed, but then again, if you live in the US and get that EV incentives on the go, than you can have it for less than 100 grand.

We have shown you before what kind of a monster the new Tesla Model S P85D really is. It smashed the quarter of a mile record to pieces and became... 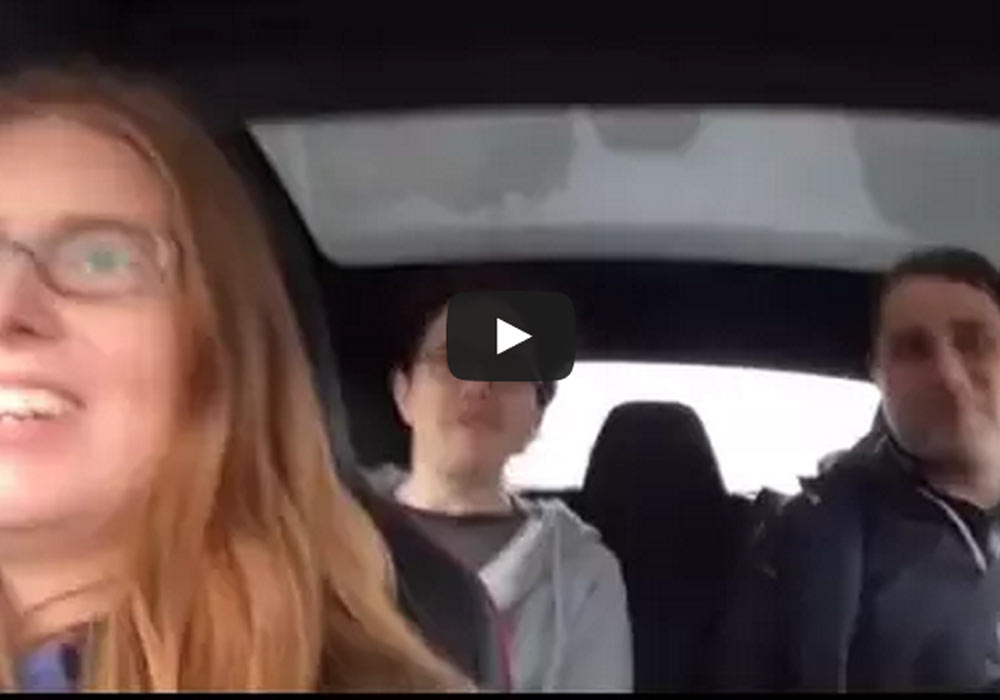