Oculus Rift might be a breakthrough for gaming like the internal combustion engine was for the transportation. Basically, you just put the glasses on your head and immerse yourself in the virtual world of wonders never seen before. The possibilities for use of this technology are endless and Castrol Motor Oil in their latest promotional video is showing us, just how astonishing the world with Oculus Rift might become.

The idea they had was to use the Oculus Rift hardware to create basically a virtual world around the driver who would actually drive a real car in that virtual world. By driving on a large closed airfield, the technicians had a chance to make software tweaks to an Oculus Rift software and make the virtual world in the same virtual dimensions as the real world. That is how the driver with the Oculus Rift on his head had a chance to drive the 2015 Ford Mustang in the virtual world of wonders. It was hard for the driver to get used to driving a car in the virtual world, but once he got the hang of it it was just like driving a real car and he managed to evade all virtual obstacles created by the computer.
This is one way of using the Oculus Rift and it just might be a while before we see something equally impressive done with it. However, indie designers are working hard to create incredible games for it and this one, presented by Castrol USA is definitely one of the best created for any gearhead out there.

Oculus Rift might be a breakthrough for gaming like the internal combustion engine was for the transportation. Basically, you just put the glasses on... 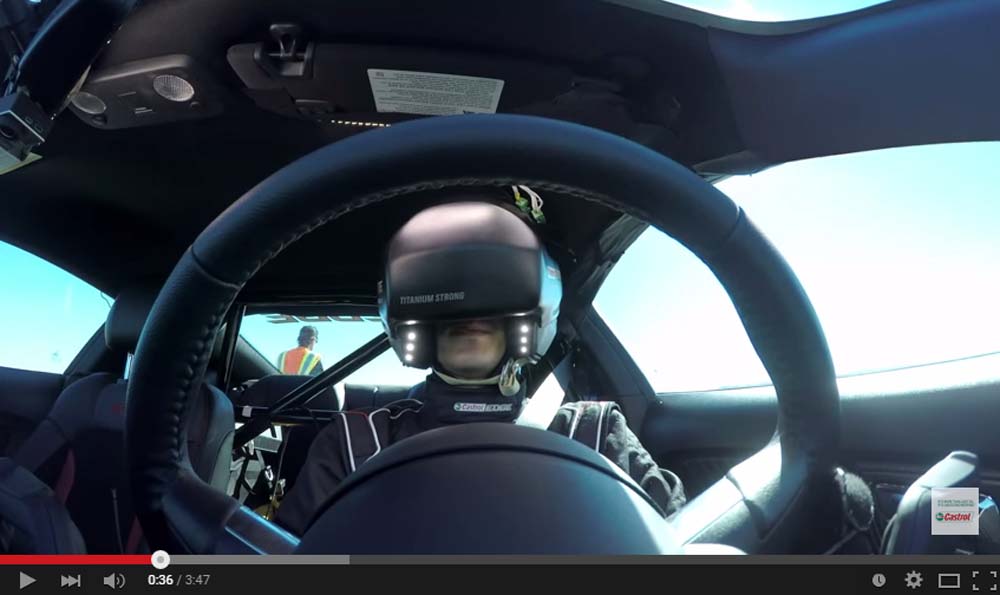