This requires an applause. The Chairslayers Foundation is just the thing that gives us hope of a better world. Rob Parsons, a man who broke his back driving a motorcycle a few years ago, developed a drift car which he can drive and drift without using his legs. Now, he wants to share his invention with anyone outthere who are disabled in such a way. The first person Parsons called to teach him how to drift is the 17 year old Ben Conolly from the UK.

The teenager is certainly a vivid car fan and the opportunity to come and learn to drive a drift car is something he was not ready to pass. Rob Parsons was sitting next to him and learned him how to drift an amazing Nissan S13 V8. Lightweight drift car certainly is a blast and young Ben had the opportunity to take it for a spin. Actually, the boys were making something really special. Rob and Ben has an interaction like they’ve know each other for ages and by learning how to drift, one of the biggest wishes of the teenager came true.
As he pointed out this was the best day of his life and we can certainly see that it really was. Rob Parsons did a magnificent job, but Ben knew right from the start what he had to do. It was like he was born for this.
This will spark imagination of the whole automotive world and we are certain that the Chairslayer Foundation will find its way in the world.

This requires an applause. The Chairslayers Foundation is just the thing that gives us hope of a better world. Rob Parsons, a man who broke his back... 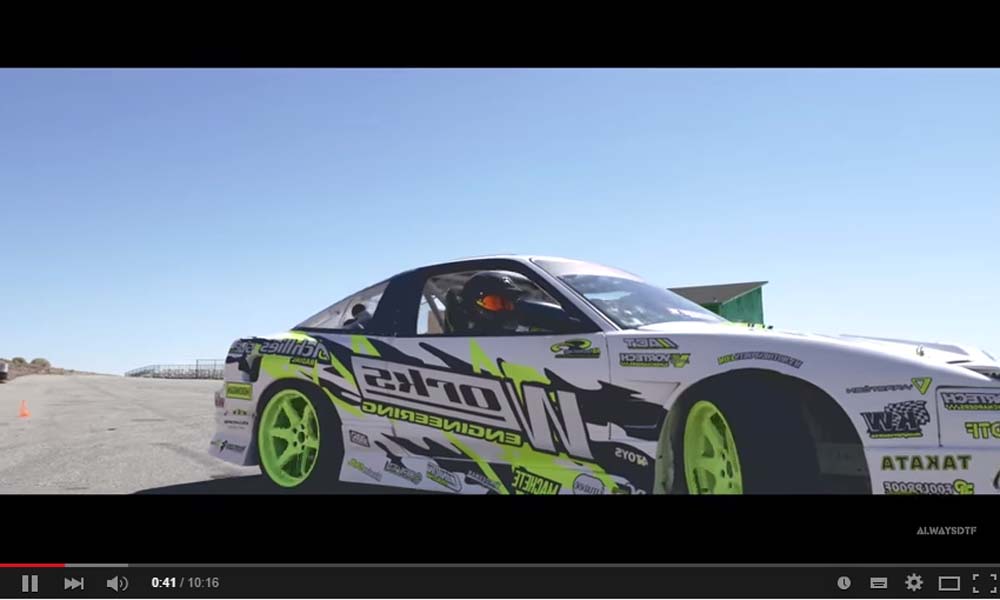