As we all know, Jeremy Clarkson is by far the most popular car show host in the world. What’s more, we dare say that he is among ten most popular television celebrities in the world and sacking him from BBC after a fight he allegedly had with a producer is probably a mistake that BBC simply cannot afford to make. When BBC announced that they are going to fire the presenter, an online petition was swiftly formed and in matter of days more than a million persons placed their signatures on it. They asked BBC to reinstate Clarkson and to continue with the airing of the remaining shows from this year’s season.

In order to make just the right impression before BBC, in a true “Clarkson-way”, a famous blogger Guido Fawkes made an appearance in London in a tank. The Tank was driven by a “hired Stig” and the scene absolutely seemed like its was stolen from the Top Gear Show.
All in all, Top Gear and Jeremy Clarkson saga will end soon and we might actually get to see the fight between the LaFerrari, the Porsche 918 Spyder and the McLaren P1 we have been waiting for so long. More importantly, Richard Hammond and James May may get back to filming series when Jezza makes a comeback. This chap with the tank made the right thing and showed BBC that they probably have to bring Clarkson back regardless of his unpredictable nature.

As we all know, Jeremy Clarkson is by far the most popular car show host in the world. What’s more, we dare say that he is among ten most popular... 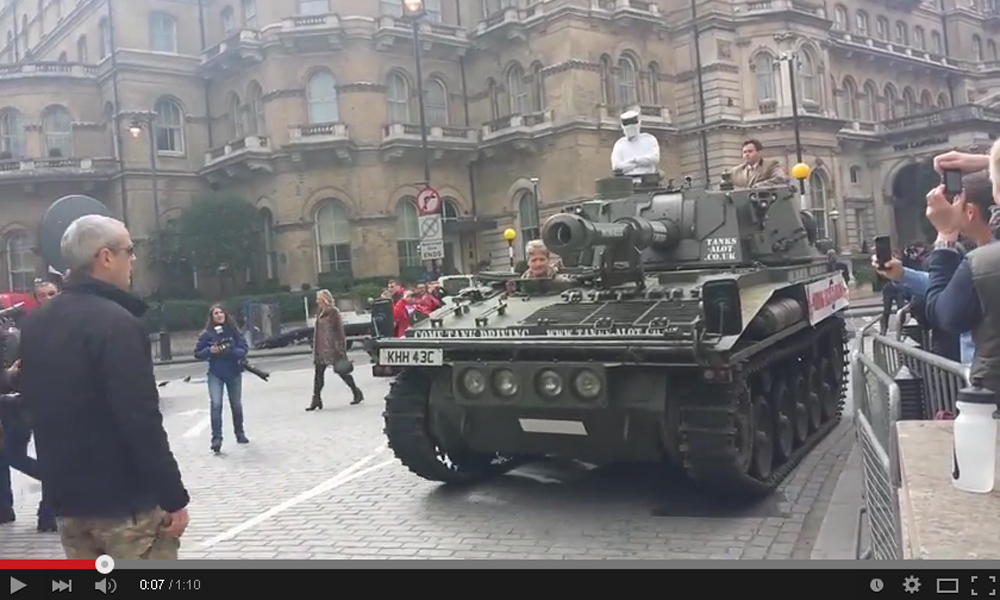