This is disturbing to say the least. A BMW driver in Russia did something inexplicable. Driving on the highway, as we all know, has some unwritten rules to it. Don’t flash, don’t act like an ass, don’t break when you don’t need to and most importantly don’t drive in the fast lane if you’re not overtaking anyone – these are the rules. However, when you are an ambulance driver you can make some exception to this. After all, people’s lives could depend on you coming fast to their address. Unfortunately, the cocky driver of the BMW M6 in Russia just doesn’t give a *hit about the ambulance and apparently he stopped it right on the highway to tell the ambulance driver how to drive on the highway.

The BMW M6 driver slowed down and stopped the ambulance in the worst possible way. He slowed down violently in front of the ambulance and the ambulance driver had to stop his heavy rig.
In Russia (as in many other parts of the world), the left lane is used for overtaking, but the ambulance can legally use it when the lights are on or when it’s on the mission. Regardless of the situation here, the BMW douchebag shouldn’t be acting like this. It’s appalling. Almost disgraceful.
This is something obscene and disturbing to say the least. The only thing we expected is that the Beemer douchebag pulled out a gun and threatened the poor ambulance driver.

This is disturbing to say the least. A BMW driver in Russia did something inexplicable. Driving on the highway, as we all know, has some unwritten... 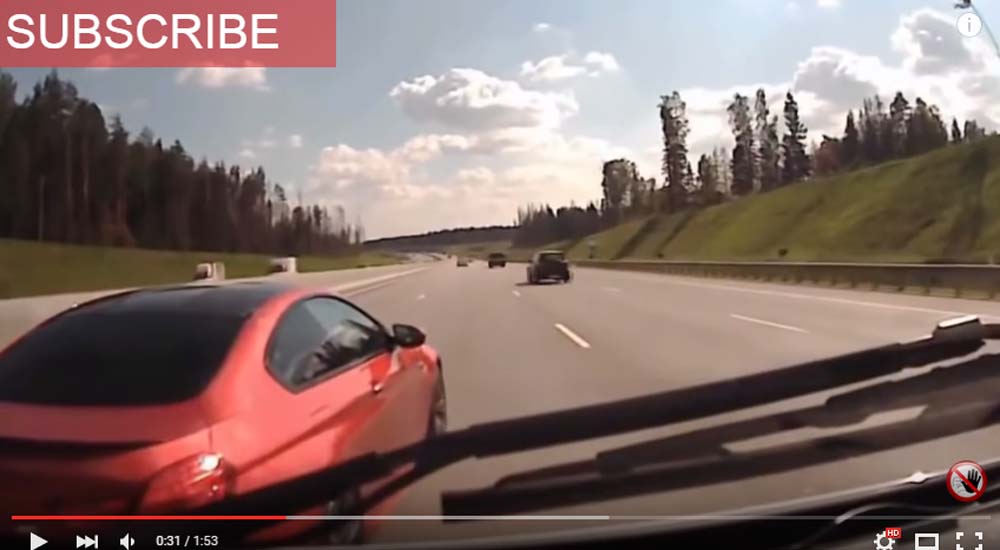