OK, this one is hard. First of, the Lamborghini Huracan is a vehicle that is powered by a 5,2 liter V10 engine which develops 610 HP. That is a lot of power even for a supercar, so you probably know that this car is a serious weapon which can be teamed only by an experienced driver. However, anyone behind the wheel of this car can hit that pedal to the metal and, on a long enough road, try to hit maximum speed which is somewhere over 210 mph.

In this video, we can see what happens when you combine the Lamborghini Huracan with bad luck and a very long straight. When you press play, you will see how astonishingly fast this car is. Despite being a baby Lambo it is able to hit some serious speeds. This driver made it go more than 200 mph but after some time at that speed he lost the control of the vehicle. Yes, you read that right. This video shows what a horrific thing is having a crash at 200 mph. Just to put things into perspective, commercial planes can take off at lower speeds than this.

The guy drove his car on the highway in Hungary. After the crash the vehicle combusted and burst into flames. We are not sure if the guys lost their lives in the crash, but if you know Hungarian than go the link in the youtube description of this video.

OK, this one is hard. First of, the Lamborghini Huracan is a vehicle that is powered by a 5,2 liter V10 engine which develops 610 HP. That is a lot... 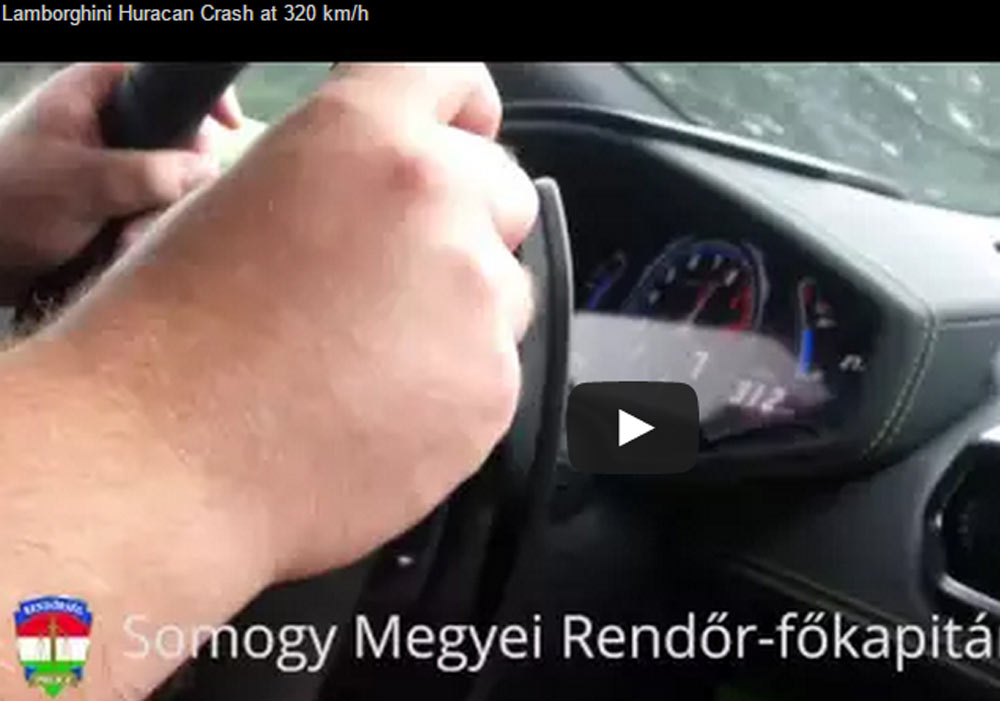