Built purposefully to grant access to top racecar performance for a far greater amount of drivers than a racing Ferrari ever would, the Rezvani Motors Beast is the latest attempt by a small team of dedicated people to make a car brand that works. Based on the Ariel Atom Chassis, but adorned with beautiful, yet aggressive and aerodynamically impressive bodywork, the Beast is the newest kid on the block. You have to like it. Chris Brown clearly does. He likes it so much that he bought one.

Take a look at how the Rezvani Beast is delivered to one of the greatest celebrities of today. The car was dropped from a tow truck and Chris got to drive off in it. If you forgot what this car is all about than we will just say, this thing weights 1.650 lbs, it has an engine developing 500 HP inside and it can kill 62 in 2,7 seconds from standing start. That’s something you simply cannot put a price on. Or, you can. Rezvani put the price on it and it is $165.000. Wait, what!? Did we forget one zero at the end!? No, we didn’t. Rezvani Motors made a magnificent road going track ready vehicle which costs like a luxury fast SUV. In this segment of track ready cars, 165k isn’t that bad. Actually, it is far less expensive than many other similarly made cars. So, there you have it. Rezvani Motor Promised and they’ve delivered (literally only for Chris Brown for now), but getting this car to one of the biggest celebrities of today, definitely made them millions of dollars of free marketing.

Built purposefully to grant access to top racecar performance for a far greater amount of drivers than a racing Ferrari ever would, the Rezvani... 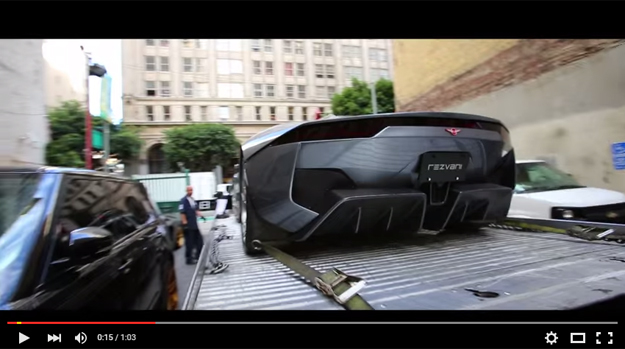