3D printing is the hottest thing right now. 3D printers reached the International Space Station so why wouldn’t they be used for possibly anything on the ground. Local Motors, a small car manufacturing company located in Washington DC, tried hard to create a 3D car and according to this video they’ve made it. Now, 3D printers are used in various ways across the transportation industry, but this is their most radical use. Actually, the whole car was produced with one CNC machine on which the 3D printer is installed. Best shown how easy this process is by the 3D printer which was installed at the CES 2015 where Local Motors demonstrated their capability for the production of such a car.

Now, this is not a joke. Local Motors Actually produced a car with a 3D printer and they’ve named it Strati. The car is powered by an electric motor which sources power from batteries installed at the rear end of the car. For now, the charge will get you somewhere around 50 to 60 miles, but by the time this vehicle goes into full production (It’ll be available for purchase in 15 to 18 months) the range will be increased significantly. No word about pricing right now, so we would like to hear from you would you buy this car or ride it regularly. It looks kinda cute.

The guy from The Verge clearly rides in it and he is not, what you would say a thin guy.He even mentioned that Strati is actually comfortable for such a curiously looking car. 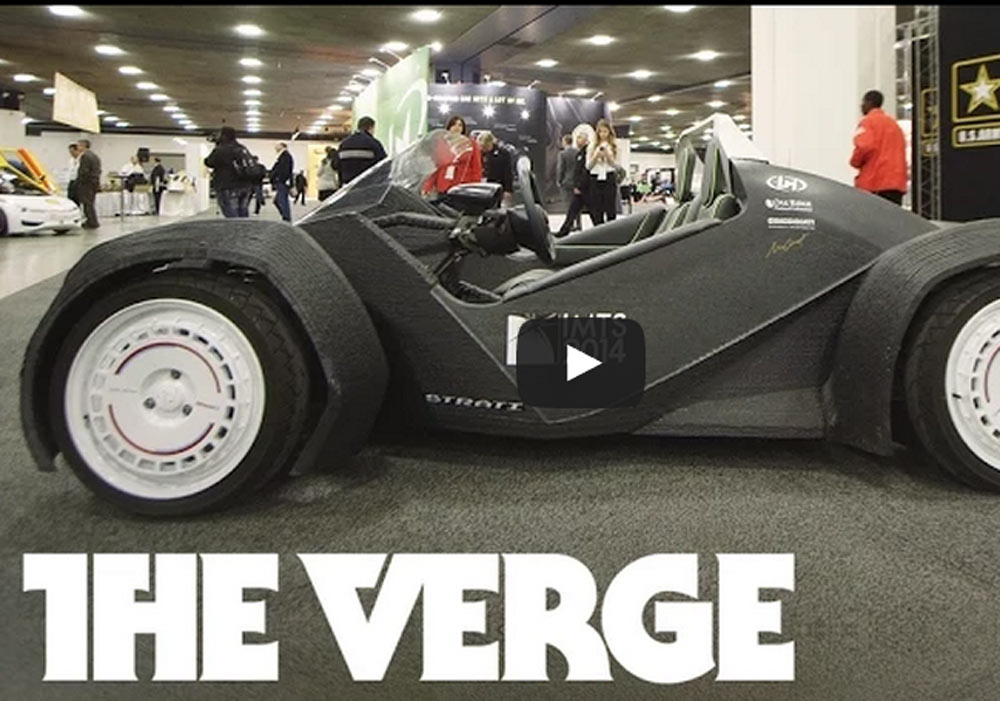