Ford made the GT back in 1960s only to get that Le Mans title the Italians (Ferrari) kept in theirs cabinets for too long. The story goes that Henry Ford the second, went to Enzo Ferrari and asked him to collaborate with the production of the new sportscar. At the beginning Enzo was following the Ford way of development, but then the collaboration stopped and Ford lost a few million dollars in the process. Henry Ford wanted to make it right by developing a car that the world has never seen and they’ve created the mighty Ford GT which won four Le Mans races in a row. Ferrari couldn’t do nothing about it. The Americans were simply faster. That was enough to create a heritage Ford follows to this moment.

Now, in 2015 they’ve revealed the newest Ford GT and it is as astonishing as the one 50 years before. This one, however, is built using carbon fiber, aluminum, magnesium and other modern lightweight materials. It is  powered by a V6 turbocharged EcoBoost engine and it looks better than you ever thought it would.

Ford did not put it into production yet, but they revealed that this car will be available for purchase in 2017. For now, we know its engine develops 600 HP and it will probably be the backbone of the production car.

Astonishingly beautiful vehicle is simply the best way to celebrate the insanely successful Ford GT from the past. The new one is simply wonderful,  tell us, what do you think about it.

https://www.youtube.com/watch?v=7Z56deqZ0lU Ford made the GT back in 1960s only to get that Le Mans title the Italians (Ferrari) kept in theirs... 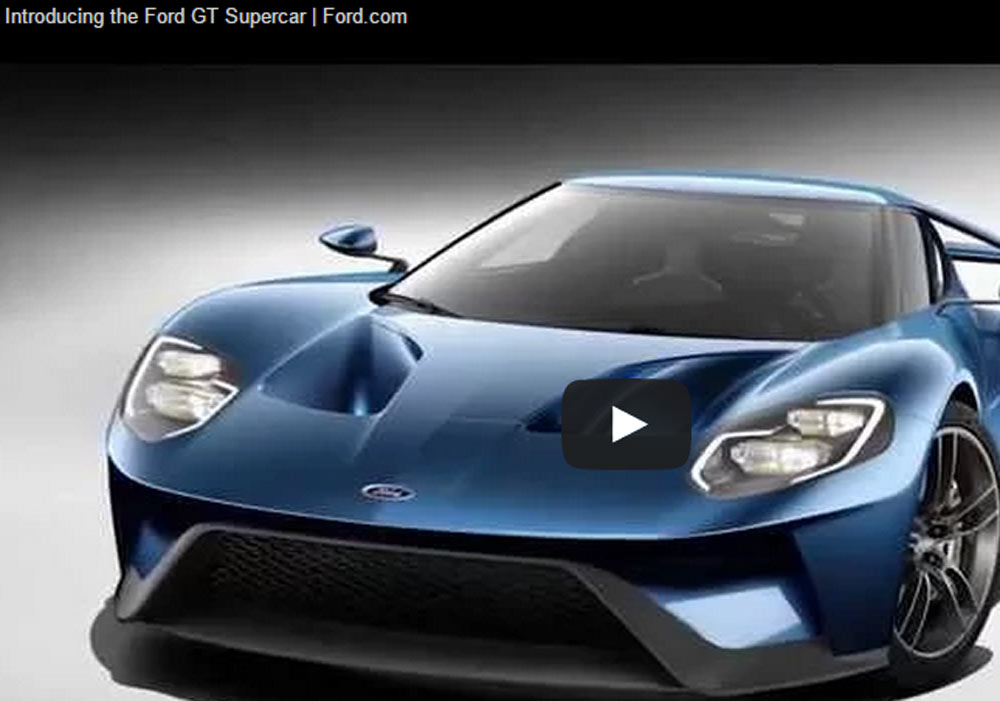