With the new European Volkswagen Passat, Volkswagen wants to reach a higher end of the segment which is where Passat’s habitat. Because of that, they have made a car that looks rather impressive, it carries a bit of that premium charm and, more importantly, it carries a lot of technology often associated with the likes of  Audi, BMW and MErcedes. We will not talk about its interior arrangement, or its impressive array of safety equipment. Now, we will present a B&B tuned Volkswagen Passat which actually proves that the newest Volkswagen Sedan is as good as it gets.

B&B tuned the most powerful version of it – the Passat 2.0 Bi-TDI which is powered by a great turbocharged diesel four banger producing 240 HP and 500 Nm in its stock form. Tweaking the electronics, upping the boost of the turbocharger by 0.2 bars and adding newly designed intakes and air cooling system, the Passat Bi-TDI is amazingly powered up by 60 HP and 130 Nm of torque. This is rather impressive upgrade considering that this is a four cylinder engine. We will only say that Volkswagen installs its two liter petrol fourbangerwith 300 HP in its sporty hatchbacks and compact sedans (like Audi S3) so the feat B&B made with this diesel unit is absolutely amazing. With the added oomph, B&B tweaked the suspension, offered a few different types of wheels and made a few nice upgrades for the exterior. This Passat, whose engine upgrade costs exactly €3.950, can achieve 62 mph in 5.5 seconds which is on par with some very nice sports cars of today.

Besides offering a full blown upgrade, B&B offers a cheaper package which ups the power by 35 HP and 70 Nm of torque. This upgrade costs only €1.298 but it does not bring any physical upgrades such as new air intakes or something else. And yes, we were talking about the Variant version of the Passat, but we recon B&B will make the same changes to the sedan (which will be even faster).

With the new European Volkswagen Passat, Volkswagen wants to reach a higher end of the segment which is where Passat’s habitat. Because of... 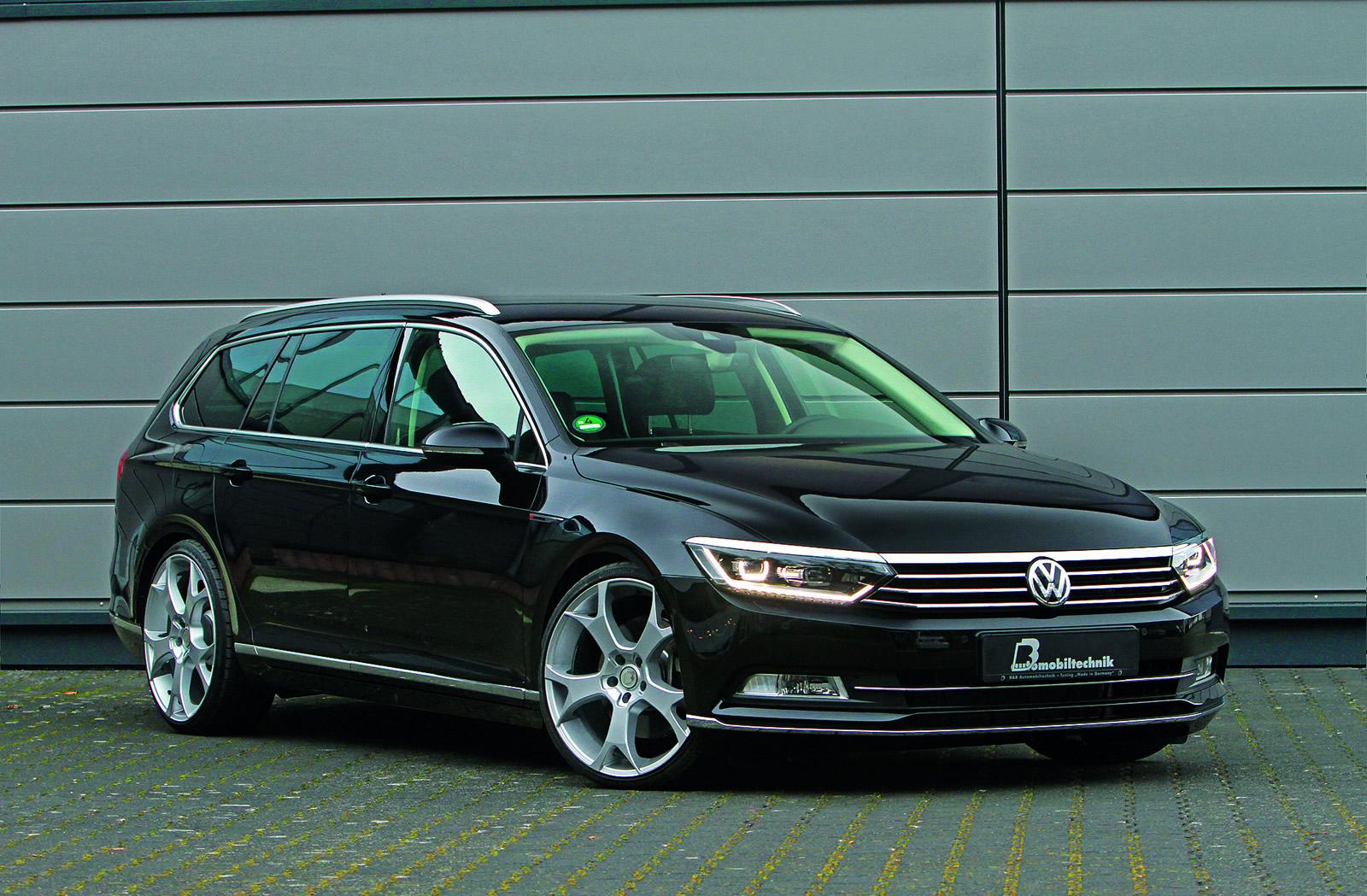