It seems that Volkswagen only teases Americans with the introduction of the Golf R Variant on this year’s LA Auto show. Volkswagen officials said that the car probably won’t come to the States which is, to say the least, sad. The Volkswagen Golf R Variant is a dreamer’s car. If you dig the street car nomenclature, the Golf R Variant, or the SportWagen (as it is called in the US) is an ultimate sleeper car. It looks a bit more aggressive than the usual Golf but it has much the same engine and four wheel drive as the Audi S3 (one of the best hot hatches in the world). Its two liter four pot engine with a nice turbocharger develops 300 HP and 380 Nm. Astonishingly powerful engine launches the four wheel drive wagon to 60 in 5 seconds thus making a simple family Golf SportWagon as fast as the old gen M or AMG cars.

Only a keen eye of the car enthusiast will spot the difference between the Golf R SportWagon and the Golf SportWagon. Front and back bumpers are new, the car sits lower to the ground thanks to an updated suspension and the large wheels highlight the sporty character of these vehicles. Looking at it from the other perspective, the Golf SportWagon brings a trunk with 605 liter capacity and an interior garnished with leather, alcantara and soft-touch materials.

The Volkswagen Golf SportWagon obviously tries to reach the upper segment in this R form. Tuned and highly modified by the R gmbh SportWagon sports an adaptable suspension and a sport tuned steering used by the usual Golf R.

Though the buyers in the States do not like hot hatchbacks as the Europeans, this Golf R SportWagon brings a dash of real adrenalin in the segment dominated with the dreary and unimpressive compact wagons.

It seems that Volkswagen only teases Americans with the introduction of the Golf R Variant on this year’s LA Auto show. Volkswagen officials said... 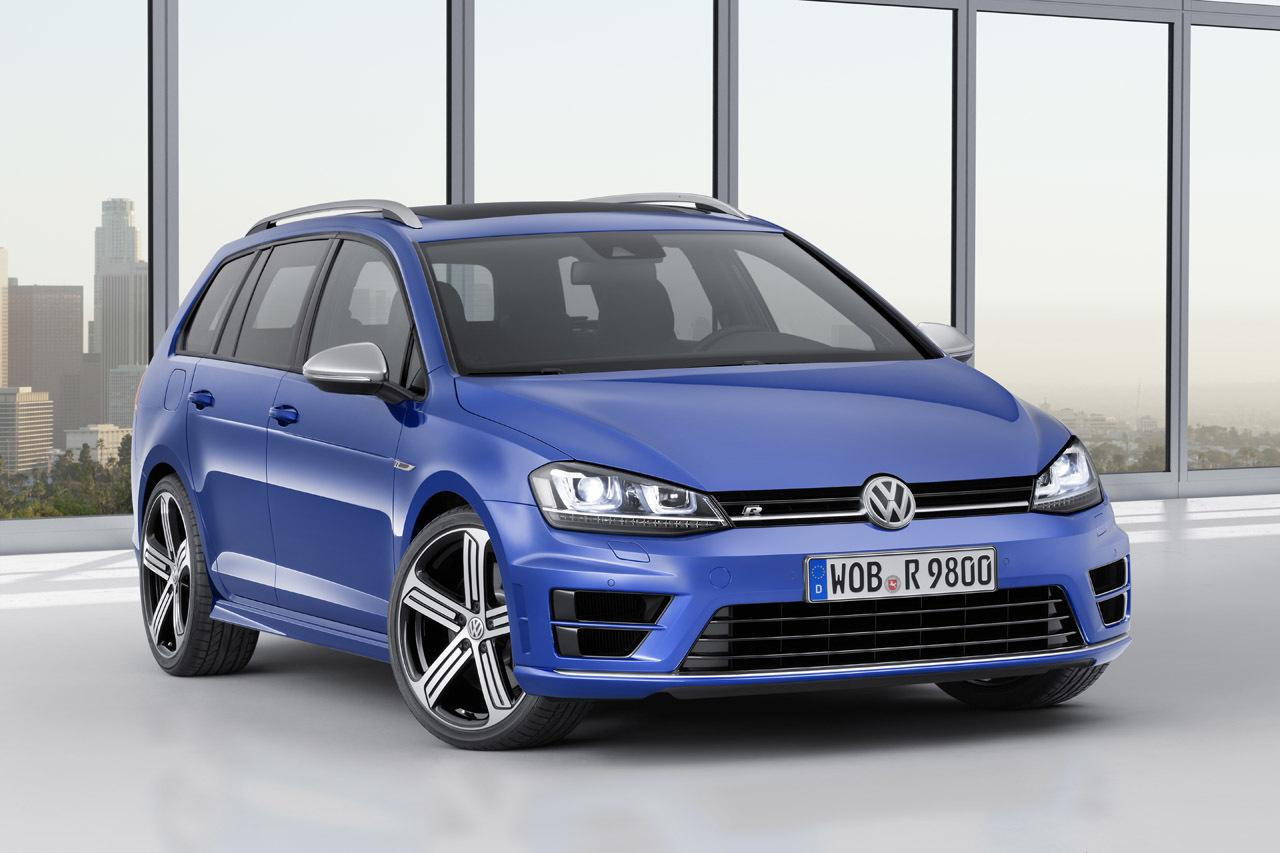