According to Nissan, their 2015 Nissan LMP1 GT-R LM is the only front wheel drive car that will compete at the endurance races this year, one of which will be the 24 hours de Le Mans. Although we have a great deal of respect for endurance races and for every single car that finishes those intensive races, the front wheel driven Nissan is really an egzotic effort which needs to prove its credentials first. In order to that, GoPro team (yes, the guys that produce GoPro cameras) went straight to Nissan, asked if they can fit some cameras (Hero 4 of course) on the amazing 2015 Nissan LMP1 GT-R LM and asked them to put Nissan factory driver Harry Tincknell behind the wheel.

Apart from seeing the car in action for the first time, now we really have the opportunity to see and feel how these races really take place. The Nissan LMP1 GT-R is a car that will compete with the best from the rest of the world (Toyota, Porsche, Audi). The car also features some sort of a hybrid and KERS system thanks to which it basically became a hybrid. Now, here’s the trick. Nissan marketed the ultimate GT-R as a front wheel drive car but the complex system really sends power to the rear wheels when needed and, we suspect, it’s needed often. All in all, this car is a technological exercise that will put Nissan on the motorsport map once again. How did they do it is best shown in the attached video, especially in the parts where you can actually see the upper left part of the steering wheel mounted display. The speed of the thing is shown there and we can see it hitting almost 300 kph (186 mph) which is great for a FWD. However, this thing can go much faster. Mulsanne straight on the Le Mans track will prove it.

According to Nissan, their 2015 Nissan LMP1 GT-R LM is the only front wheel drive car that will compete at the endurance races this year, one of... 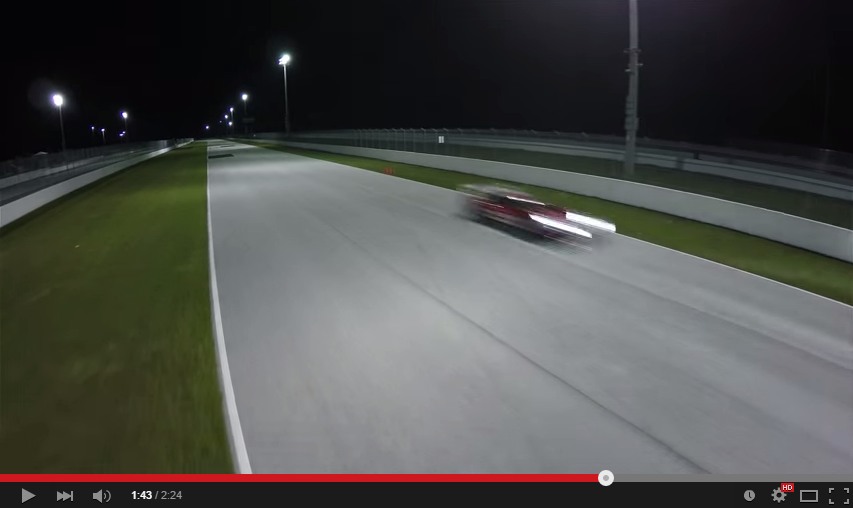