Is this the ultimate car pornography or what? Nissan just introduced their newest, baddest and most amazing GT-R of all times and they’ve revealed it in Japan. Beside presenting a brand new 2015 Nissan GT-R, Japanese company revealed a special 45 Anniversary Edition therefore celebrating the birthday of this car better than anyone could imagine.

We all know that GT-R is possibly the best Japanese sports car that ever existed and with the new one released today it is clear that the Godzilla will carry on on its path of utter brutality.

2015 model is additionally improved over its predecessors. The engine remained the same, but the Nissan engineers really wanted to make this car more comfortable and more suited for usual daily tasks. That did not mean to ruin it in any way. Nissan engineers do their best to reduce the road noise and the wind noise in the cabin. With the new insulating material in the floor, slightly upgraded laminated windshield and a bit more improved Brembo brakes (which apparently made some unusual sounds when used), new 2015 Nissan GT-R is much quieter in the cabin. Fortunately, the purr of the V6 turbocharged engine is not masked in any way. The driver and the lucky passengers can hear it clearly stretching out its 550 HP through the four wheel drive that works magnificently. With the Stability program recalibrated, 2015 Nissan GT-R becomes even more engaging to drive.

The impressive performance figures have been maintained. 2015 Nissan GT-R is able to hit a speed of almost 200 mph and the acceleration to a 60 mph is among the best in the business. Some say, it’ll do faster than 2.7 seconds to 60 mph which is in Bugatti Veyron territory. It is more amazing that such performance can be achieved even by the heaviest units with top spec trim levels such as Premium trim which is the only one available for the 45th Anniversary Edition.

Is this the ultimate car pornography or what? Nissan just introduced their newest, baddest and most amazing GT-R of all times and they’ve revealed... 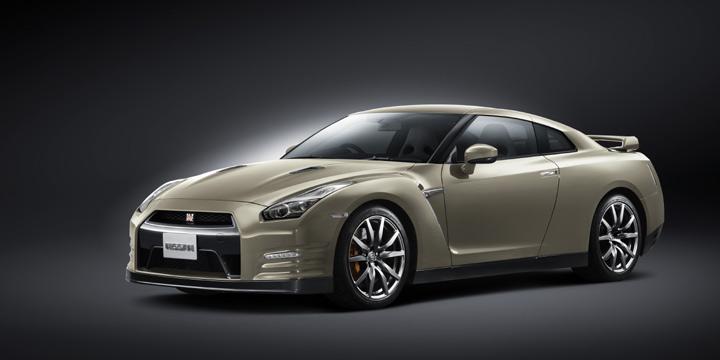