Who doesn’t like fast hatchbacks? The new generation of hatchbacks coming from German premium car makers simply defy logic. First, we had the opportunity to look at the monstrous Mercedes A45 AMG powered by the most powerful four cylinder engine in the world (two liter i4 with 360 HP). Then, Audi came into the play and released their newest mindblowing Audi RS3 Sportback.

The 2015 Audi RS3 Sportback is the car that shows what the four ring brand is able to do. Powered with the 2.5 liter five cylinder engine delivering 367 HP, this crazy machine is the most powerful and possibly the fastest small hatchback that ever was. Yes, it is that impressive.

More important than the power, the Audi RS3 Sportback has quattro all wheel drive which transfers the power to the 19 inch wheels at all four corners. Now, you have to know that this is a small family hatch and with such a power under its hood and the best tech under its metal, it is clear that the Audi RS3 Sportback is a car that literally defies logic. Sport tuned suspension, bigger brakes, seven speed S-Tronic suspension and a progressive steering ensure top performance and with the power of 367 HP, the RS3 is able to pull some Gs.

62 mph is cracked in 4,3 seconds and the maximum speed of 155 mph is reached soon after. However, if you have some spare money (and you will if you are a buyer of this monster hatch), than ask Audi to limit the RS3 at a bit higher speed. They will limit it at 174 mph.

Sporty equipment is not only on the outside. Of course, the additional spoilers and wonderfully executed front air intakes look awesome, but the interior carries some special decorations such as stainless steel pedals, Aluminum race or carbon fiber trim and flat bottom steering wheel.

We do not know the price of this hatch, but the deliveries in the UK will start in March next year.

Who doesn’t like fast hatchbacks? The new generation of hatchbacks coming from German premium car makers simply defy logic. First, we had the... 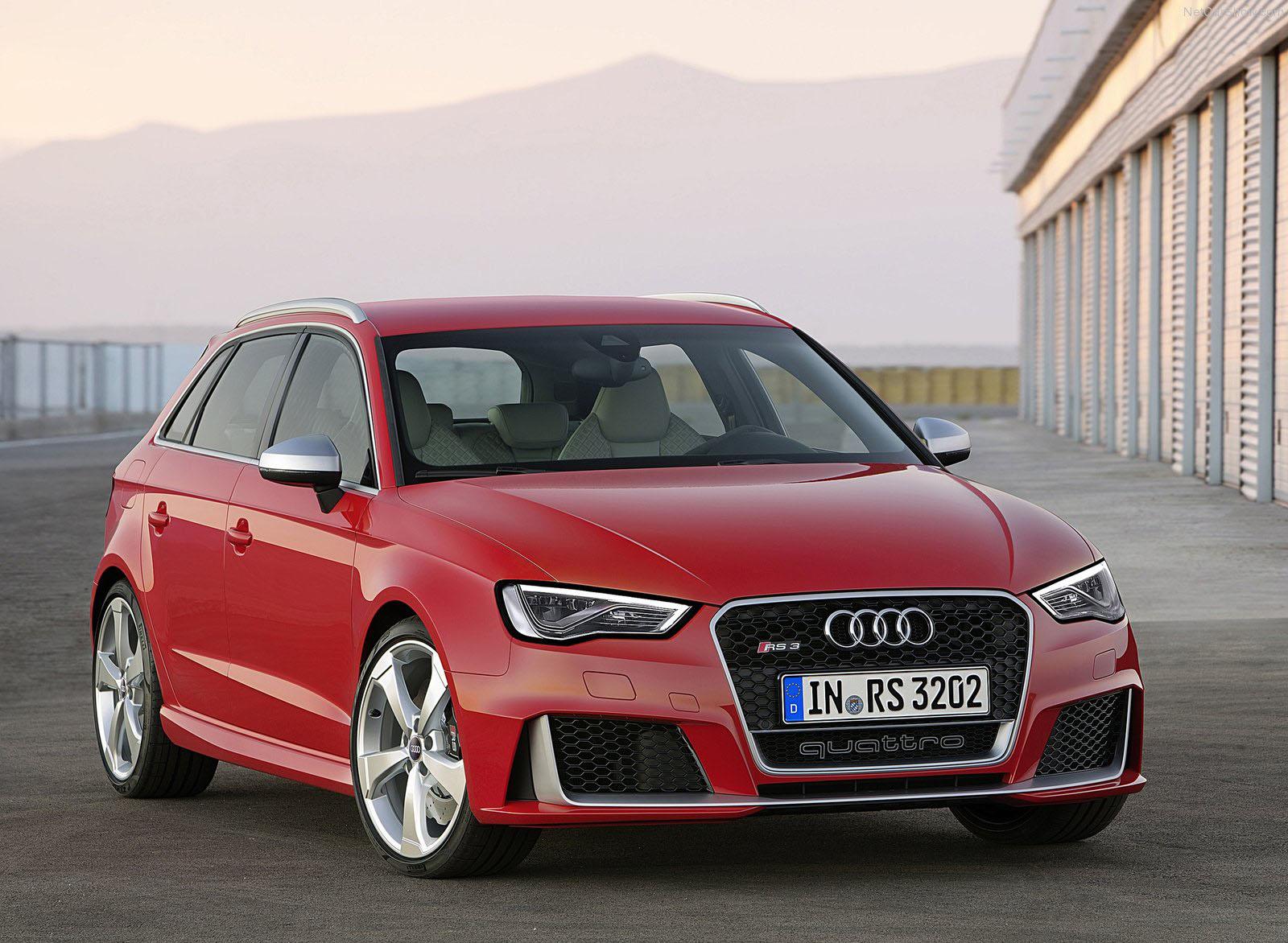