Yes, this is the new Audi Q7 and it is not as aggressive nor impressive as the last one, but we have to say that it is much, much smarter. See that vents upfront and that curved front facia!?! Well, because of that the new Audi Q7 has an aerodynamic coefficient of just 0,32 Cd. That is less than some old-gen compact cars. Yes, large rims carry low rolling resistance wheels and those front lights are Light Emitting Diodes and not Xenon lights. But, all of that is nothing when you figure out just how much this large vehicle has been lightened – a whopping 716 lbs.

Ladies and gentleman, this is the new Audi Q7, it looks nice and it is nice to the environment which apparently was the focal point when Ingolstadt engineers developed this vehicle. We have already became accustomed to new SUVs being slightly less vulgar in comparison with the predecessors (apart from this Mercedes GLE Coupe, of course). The Audi Q7 follows that philosophy, but this one is also, three and a half inches shorter and 0,6 inches narrower than the previous generation vehicle. Don’t worry, though. Even this “smaller” Audi Q7 is an enormous vehicle.

However, for the first time ever this SUV will be powered by a four cylinder turbocharged engine. A Two liter TFSI previously found in Golf GTI is tuned to develop 245 HP and this one will be available only in the US and in Asia. Also, Audi prepared a three liter TFSI with 333 HP which is, for now, the most powerful engine Audi Q7 can be acquired with. In the future we expect that four liter turbocharged petrol engine found in Bentley and fast modern Audis.

The vehicle really is nice and its interior proves it. Everything looks classy and elegant and even luxurious. Audi, of course used many of its modern technology features to make the new Q7 as incredible as you think it should be.

Yes, this is the new Audi Q7 and it is not as aggressive nor impressive as the last one, but we have to say that it is much, much smarter. See that... 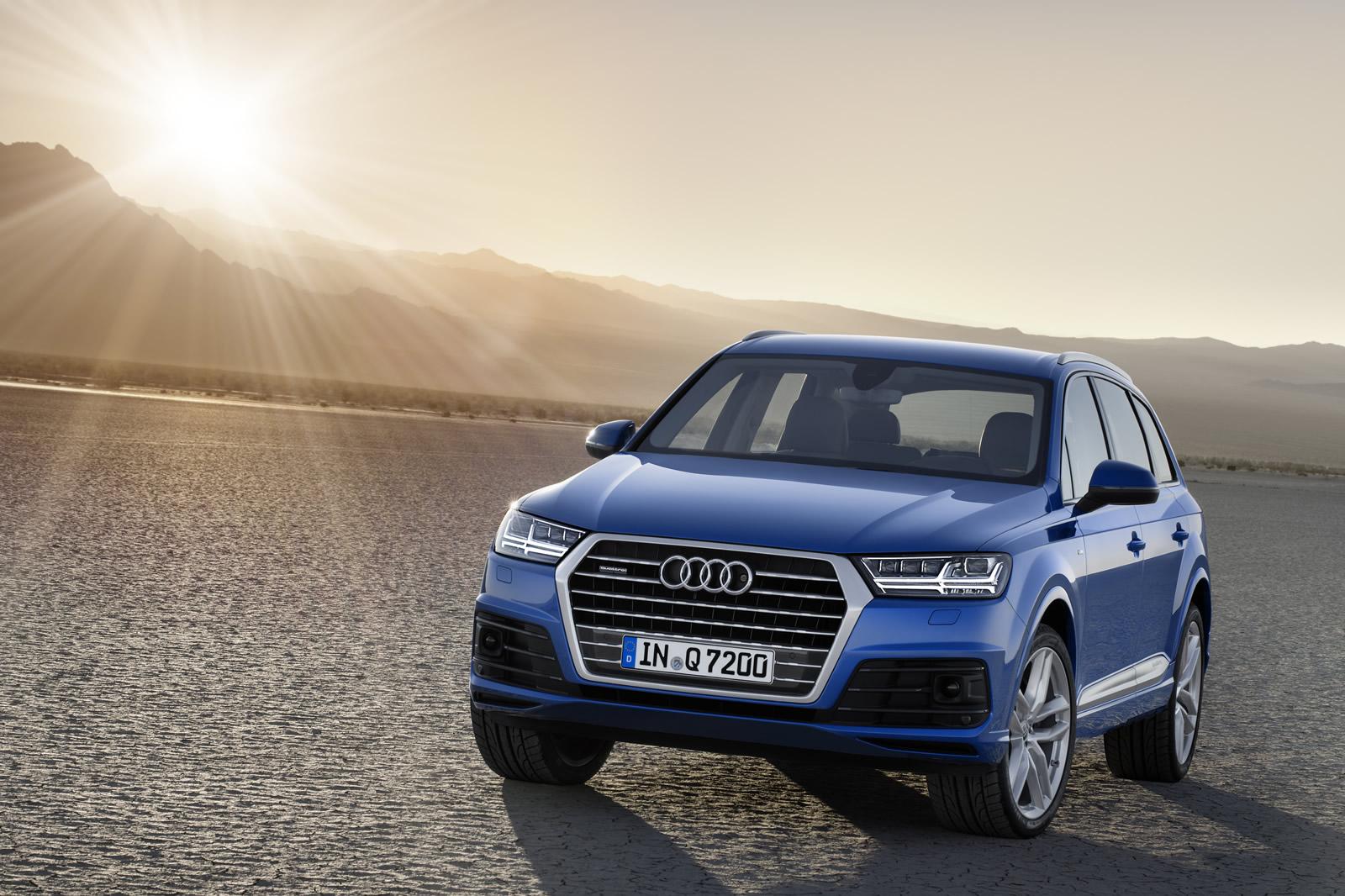