The wait is almost over. Acura cherished us with a few teasers of their newest and baddest ride wearing a name that has some history – the NSX. Yes, the new NSX is finally here and you’d be amazed to know that Acura announced this vehicle almost ten years ago (in 2005). Now, we are thrilled to have these pictures here and more importantly, Acura officially announced that they will be showing a new car during the NAIAS in January. You are probably wondering what do we know about it?

First off all, this will be a hybrid vehicle with some kind of a four wheel drive. Three electric engines will power it and the final kick will be awarded by the V6 twin-turbo engine. As Honda suggests that the NSX will have the performance of the Ferrari 458 Italia, we have to safely conclude that it will develop some serious power. Something close to 600 HP for sure. That said, the new Acura NSX might be the most powerful Japanese car that ever existed.

The sheer power of its propulsion system is just one part of the story. The Acura NSX will come with lightweight construction composed out of materials such as carbon, aluminum and high strength steel. We doubt that we will find anything too revolutionary in it.

Now, we were really puzzled when Acura press statement clearly suggested that the car will be as fast as the Ferrari 458 Italia, but it will be priced as the Audi R8 (which is significantly cheaper). That means that the suspension will be the highlight of this car (with the propulsion system of course). It is hard to assume what did the Japanese thought of, but we have to say that anything short of automatically adjusting dampers and active aerodynamics would be a disappointment. Of, course, the Acura will not disappoint. The look of the car that we can somehow glance on these teaser pictures tells us that the new NSX will be a modern vehicle with LED lights all around and with the sports car feel that was lost for so long in the Japanese automotive industry (except, of course that crazyass Lexus LFA).

All in all, the new NSX might be a supercar we have been waiting for. It is a hybrid, but it will be much calmer than, let’s say the LaFerrari or the 918 Spyder and it will be much livelier in comparison with the BMW i8. We can hardly wait for it.

The wait is almost over. Acura cherished us with a few teasers of their newest and baddest ride wearing a name that has some history - the NSX. Yes,... 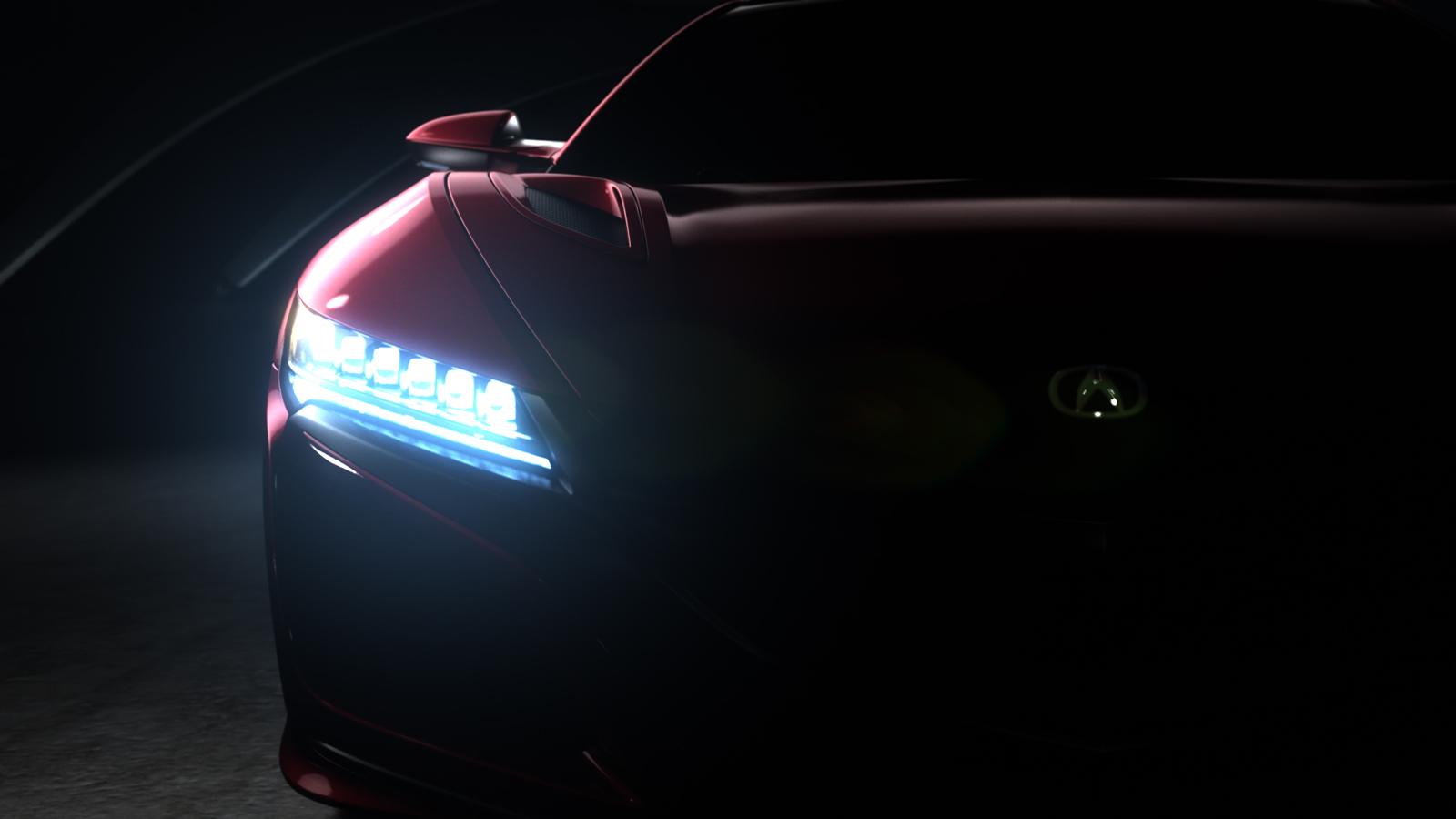