Hold on to your horses! Because this one mean beast is ready to pound into your streets… it’s the 2012 Mustang Boss 302 Laguna Seca, bringing back another icon from the 60’s.  Ford said that what they are trying to build right now is a race car coming out straight from their factory which can be driven into street legal roads.  This car was based on Ford’s race car, the Boss 302R, and the car company claims that they are using some identical parts with their production model.

Ford also stated that this is their fastest and best handling car ever that will go out of their stables.  Keep in mind that this is a car built for performance and fitted on this monster is a race ready suspension, a hardened body frame work and an aerodynamic package and comfort is really not their main idea on this car.

The Boss 302 Laguna Seca breathes 440 bhp with 380 lb ft of torque coming from its 5.0 liter DOHC V8 engine. Other specifications of this super car are still not being released by Ford but with the massive horsepower this can give out, this will surely be lightning fast.  Speed addicts-take tuning out of your vocabulary! 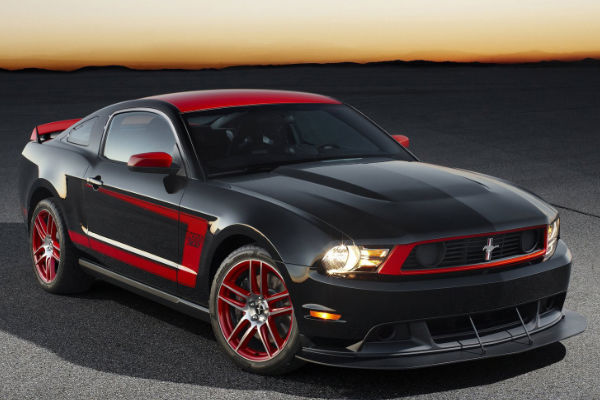 Hold on to your horses! Because this one mean beast is ready to pound into your streets… it’s the 2012 Mustang Boss 302 Laguna Seca, bringing...