Canada received one iconic car from Mazda. This is where the 2012 Mazda 3 have debuted and this car manufacturer just released a flurry of the car’s specs. Though the car’s changes is not that obvious this is actually fitted with a revised grille, a new front fascia, new wheels and round fog lights. Other changes include model trims with Skyactiv engine which is distinguished by a metalilic blue engine cover, unique headlights and exclusive badging.

The cabin also received an upgrade as they have used improved seat upholstery, a revised instrument cluster and an updated trim that can be seen all over the cabin. The cabin can give you a feel a bit of luxury as they have used top notch materials to be flushed in its interior.

A new engine line up will be available in the United States and it’s the Skyactiv G petrol that can produce a respectable 155 bhp with 148 lb ft of torque. If this engine is paired to a manual six speed transmission to can reach a staggering fuel economy of 27 mpg city driving while 39 mpg in highways.

Other modifications include a stiffer body structure, a new Electro Hydraulic Power Assist Steering system or EHPAS and a retuned suspension. 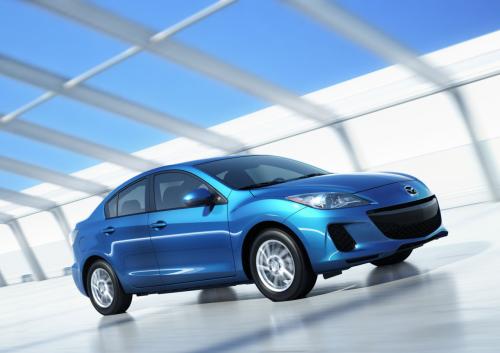 Canada received one iconic car from Mazda. This is where the 2012 Mazda 3 have debuted and this car manufacturer just released a flurry of the...