British car manufacturer, Jaguar, unveiled the new 2012 XF model at the New York Auto Show. Its magnificence still transcends to this new version and giving a new breed of elegance. Patterned from the Jaguar XJ, there is some notable upgrade this beast has and this includes a revised grille, a new front fascia and LED daytime running lights integrated on its bi xenon headlights.

Other upgrade that can be seen on its exterior is a new hood, redesigned LED taillights and modified front fenders. Changes made inside the cabin may not seem to obvious but Jaguar actually gave the XF improved seats, a new digital instrument cluster, a revised switchgear and a top of the line infotainment system that includes a 7 inch touch screen display.

This is still offered with the same engine options except for the new 2.2 liter four cylinder diesel engine paired to an eight speed automatic transmission. This combination can produce 187 bhp with 332 lb ft of torque and will let this beast blast 0-100 km\h in just 8.5 seconds. Top speed is reached at 225 km\h.

The 2012 Jaguar XF still carries on the traditional look of refinement and this was matched it with some 21st century styling. A new breed of Jag will soon be let loose and get ready to be stunned in 2012. 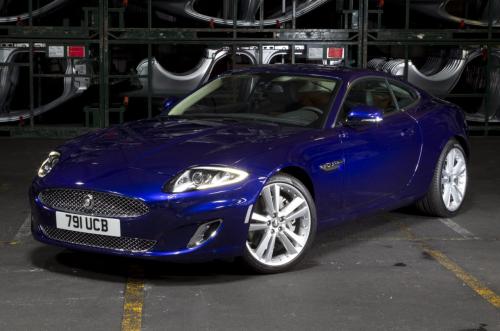