Hyundai has always offered something in every car segment and they have been proven as one tough competition for manufacturers this 2010.  Despite receiving a big blow to the auto industry, Hyundai still managed to have double digit percentages in sales for the first quarter of 2010.

They have the Genesis for the large sedan sector, the Tucson for the compact SUV, the Sonata for the midsized sedan…almost all of the bases are already covered by this car manufacturer from South Korea.  There’s only one thing missing, the small compact performance car.

They now have an answer for this as they have already sacked the Tiburon hatchback coupe.  They will now be introducing the Hyundai Veloster based on their concept car that debuted on the 2007 Los Angeles Auto Show.

The Veloster packs a .6 liter four cylinder engine that can give out 140 bhp.  The most impressive number reached by this compact car is on its fuel consumption.  This earns an impressive 40 miles per gallon.  Hyundai is really stepping up when it comes to their value for money reputation and they will be setting another example that power does not necessarily mean that you got to have a petrol guzzling engine. 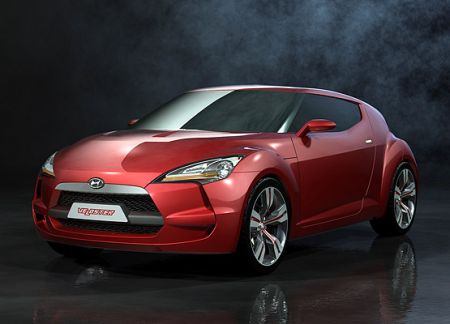 Hyundai has always offered something in every car segment and they have been proven as one tough competition for manufacturers this 2010.  Despite...