Hennessey is tapping into every market segment there is and if the couldn’t…they’d make one.  They are currently making a new niche which they call as APV- Armored Performance Vehicle and they will carve it out from the powerful For Raptor Super Crew.  They will call their creation as the 2012 Hennessey VelociRaptor APV.

This tuning company thought that armored vehicles of today lacks power and performance.  They know they have the experience and talent to build a truly massive car that can fix all of these problems.  The Ford Raptor Super Crew can already breathe pure 411 bhp muscle but with Hennessey adding a supercharger to its 6.2 liter V8 engine, this APV can now growl a staggering 575 bhp.  As if this is not enough, Hennessey claims that they can go as far as 800 bhp if their client wishes to… now that is pure monstrosity coming from this humungous SUV.

They will also give this APV a Satellite TV with both entertainment and mobile office systems.  They will also integrate high speed internet connection and let the seats be available from six to eight different configurations.

What’s more supercool about this is that the APV conversion can be applied to both new and pre owned models.  As this will be created by Hennessey, you know everything’s going to be right in place with top quality finish. 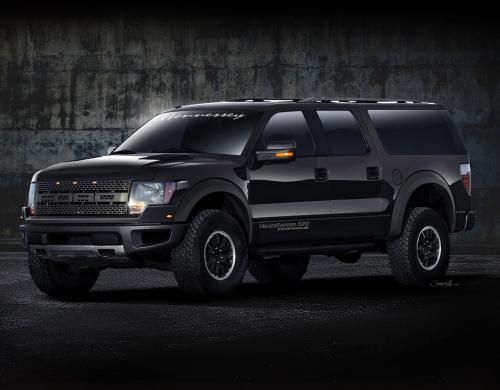 Hennessey is tapping into every market segment there is and if the couldn’t…they’d make one.  They are currently making a new niche which they...