This little green car is on a serious mission, it’s ready to save the world from all deadly and toxic emissions.  The Smart Fortwo Electric Drive is one of the most sold electric cars in the world offering both practicality and convenience.  The Smart Fortwo is based on a petrol running engine and when compared to its predecessor, the electric car is more of a performer.

The 2011 version of this green car will be launched in autumn of 2010 and can now be seen with a fresher interior and exterior look, the electric car will be even offered as a cabrio soft top.

When it comes to speed, the electric motor can shoot the Smart Fortwo from 0-60km/h in 6.5 seconds which is the same as for the gas version.  In quick burst the mini can give out 40 bhp but it has a regular 27 bhp when cruising on roads with 88.5 lb ft of torque. Top speed of this mini is limited to 62mp/h and at full charge capacity, the car can travel at an estimated range of 84 miles.  The car can be charged from an ordinary 220V socket and be fully charged in under 8 hrs.

The Smart Fortwo Electric car is definitely not for the people who wants power, speed and aggression this is a car for the person who just wants to make a difference in the world. 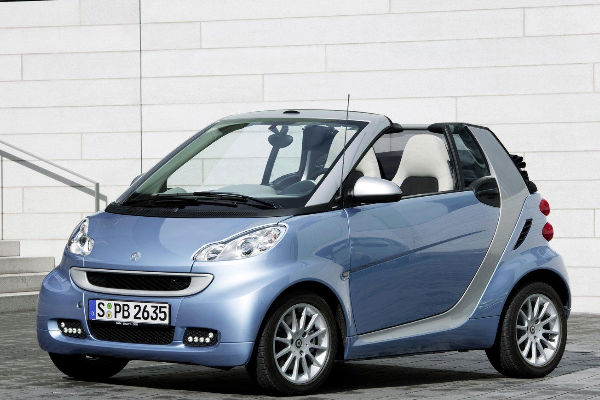 This little green car is on a serious mission, it’s ready to save the world from all deadly and toxic emissions.  The Smart Fortwo Electric Drive...