Shelby has been tuning Ford for the longest time and they always deliver with more than satisfying results. One of their brilliant creations is the 2011 Shelby GT350 and it is a mouth watering delight both outside and under the hood.

The body was given sporty racing stripes but more to visual upgrades the car received body kits that will help improve its capability.  A new front fascia was installed with front and rear air duct that also act as a cooling kit as it diverts airflow to the engine. A stylish side skirt with a unique center exit exhaust was also placed.  This Shelby creation stands on a large 19 inch five spoke wheel giving this car a more muscular look.

Shelby/Ford racing suspension, Baer ERADISPEED for its rear brakes and a 6 piston brake kit was also installed for optimum performance on corners.

The Shelby GT350 will be offered in 3 colossal power upgrades.  The first will be breathing a massive 430 bhp under the hood and the second one will have an angrier engine as it churns a supercharged 525 bhp and the strongest version almost doubled the GT350’s stock output because the “R” tune option gives out 624 bhp. 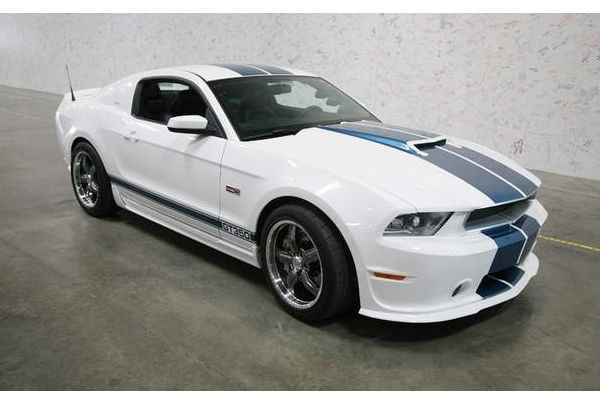 Shelby has been tuning Ford for the longest time and they always deliver with more than satisfying results. One of their brilliant creations is the...