Nissan’s performance division, NISMO, revealed one massive beast at the Tokyo Auto Show.  This is christened as the 2011 NISMO GTR RC and this is based on the GTR R35 model.  The “RC” stands for racing competition.  Bred from one of the most iconic auto maker, this will surely be a riot on the tracks.

As to every race car, they have focused on weight reduction.  They installed carbon fiber body parts on its front fascia, trunk lid, and hood. They also fitted this beast with a lightweight rear wing.

The front wheels received a double wishbone suspension while the rear got a multi link independent suspension.  The suspension is a lot stiffer compared to the stock model and this allows the GTR RC to be really aggressive on the tracks.

The interior was given an acrylic roll cage to reduce weight without sacrificing its safety features. A 120 liter safety tank fuel is also installed.

No specs have been released yet but the stock version is already packed with power using a 3.8 liter V6 engine.  This can already breathe a monstrous 530 bhp with 661 Nm of torque that is delivered to its four wheels.  Now, with that all being said…you can now be sure that the GTR RC will be a lot meaner on the tracks. 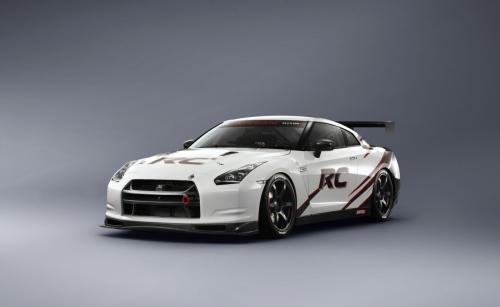 Nissan’s performance division, NISMO, revealed one massive beast at the Tokyo Auto Show.  This is christened as the 2011 NISMO GTR RC and this is...