Tesla is back with a meaner version of their electric sports car.  The Tesla roadster 2.5 will be released by 2011 and will surprise every one with their jaws gaping wide.  This electric car is their second release from last years’ 2.0 roadster which sold 1200 around the globe.

The 2.5 roadster now boasts a modified front end with a new rear diffuser, its interior was also improved and comes with more comfortable seats.  An optional 7” satnav with a back up camera is also being offered and the 2.5 roadster will be introduced in a black or in a red paint job.

Elon Musk, Tesla’s CEO, said that all the improvements that were done were based on the feedback given to them by their existing customers and that they are focusing on a new version dubbed as the “Model S”.

This electric car is so astoundingly quiet that you could barely hear the engine growl at high speeds… but there is no subtleness at all with this roadster.  This roadster can power up to 248 bhp with 276 lb ft of torque and this can skyrocket from 0-60 in a blissful 3.9 sec.  This electric car is as powerful as any petrol driven sports car…come to think of it the 2.5 roadster may even be more powerful! 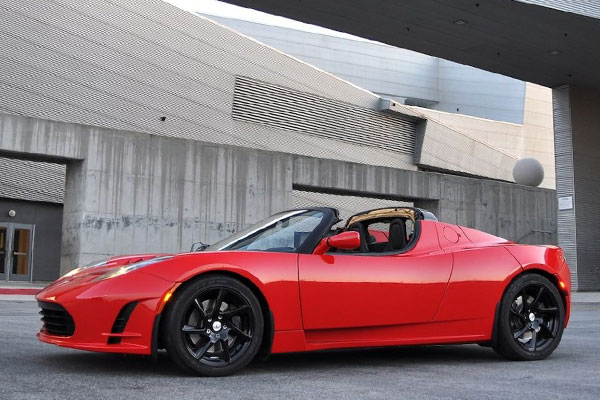 Tesla is back with a meaner version of their electric sports car.  The Tesla roadster 2.5 will be released by 2011 and will surprise every one with...