The 2010 Donkervoort D8 GT, when you hear the name of this car, you know it’s hilarious and comedic.  Some might say that it sounds like it came from a donkey’s behind (no harm meant for all those Donkervoort fans out there!) and if I were to make a super/exotic car, I would surely give it a slashy, cool and catchy name.  I thought Gumpert was already an ugly name for a super car but Donkervoort may be worse.  It’s the meanest name you can give to anything you can think of.

Enough with the name and let’s go to what this car can do.  This is where the smirk in your face will turn into a speed greedy smile.  This exotic car packs true performance as this uses the Audi 4 cylinder 1.8 liter engine and produces 180 bhp up to 270 bhp blasting 0-100 under 5 seconds.

This exotic car is also wrapped in carbon fiber material to reach a curb weight of only around 680 kgs.  With its lightness and a sound engine, this can accelerate with ease and it is extremely good around corners.  With a low slung body, this is definitely fast in twist and turns.

Prices is said to start at a staggering €76,000.00.  I think there are a lot of better options out there than trust my life and limb to some other guy’s car that was made out of his tool shed. 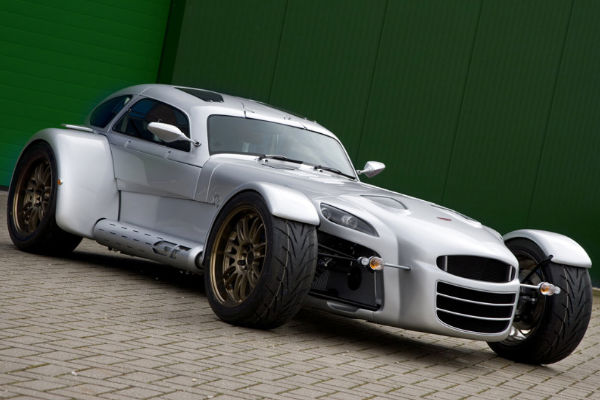 The 2010 Donkervoort D8 GT, when you hear the name of this car, you know it’s hilarious and comedic.  Some might say that it sounds like it came...